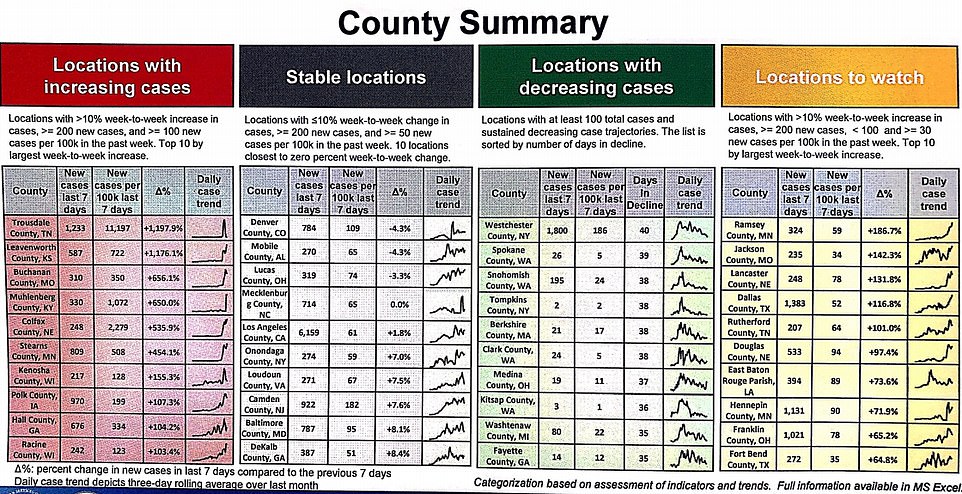 Tennessee and Kansas, both states that have eased lockdown restrictions, are home to counties where coronavirus infections have spiked by 1,000 percent in a week, an unreleased White House COVID-19 taskforce report shows.

The report indicates that cases are increasing in heartland pockets of the United States despite President Donald Trump's claim on Monday that infections are 'coming down rapidly' across the country.

The data in the report, which has not been released publicly but was obtained by NBC News, was included in a May 7 COVID-19 task force report compiled by its data and analytics team.

The emergence of the report comes as Dr Anthony Fauci warned Congress on Tuesday that a premature lifting of lockdowns could lead to additional outbreaks of COVID-19, which has so far killed more than 81,000 Americans and infected 1.3 million.

Included in the report is a list of counties that have seen infections spikes in a week compared to the previous seven days. The data is believed to stem from April 29 to May 6. Local health officials in most of those areas have already warned they are potential emerging hotspots due to the spike in confirmed cases.

Tennessee's Trousdale County, which is just outside Nashville, saw the biggest spike with infections increasing by more than 1,000 percent, the report shows.

The huge increase is due to an outbreak at the privately run Trousdale Turner Correctional Center where nearly 1,300 inmates and 50 staffers recently tested positive.

Tennessee currently has more than 15,500 cases and over 250 deaths.

Leavenworth County in Kansas, which is just west of Kansas City, has also seen its infections increase by 1,000 percent over a week with 587 new cases reported.

Health officials there have reported two clusters of cases - one at the Lansing Correctional Facility and another at the state-run Grossman Residential Reentry Center.

Wisconsin, which reported more than 2,300 new cases in a week, has seen a more than 100 percent spike in cases in both Racine and Kenosha counties.

The report indicates that Wisconsin's southeastern region, which includes both counties, makes up 57 percent of the state's facility-based outbreaks, including workplace and long-term care.

Missouri's Buchanan County and Muhlenberg County in Kentucky have both seen a 600 percent spike in cases in a week, according to the report.

Nebraska's Colfax County, just outside Omaha, recorded a 500 percent increase in infections in a week, while Stearns County in Minnesota saw about a 400 percent jump. 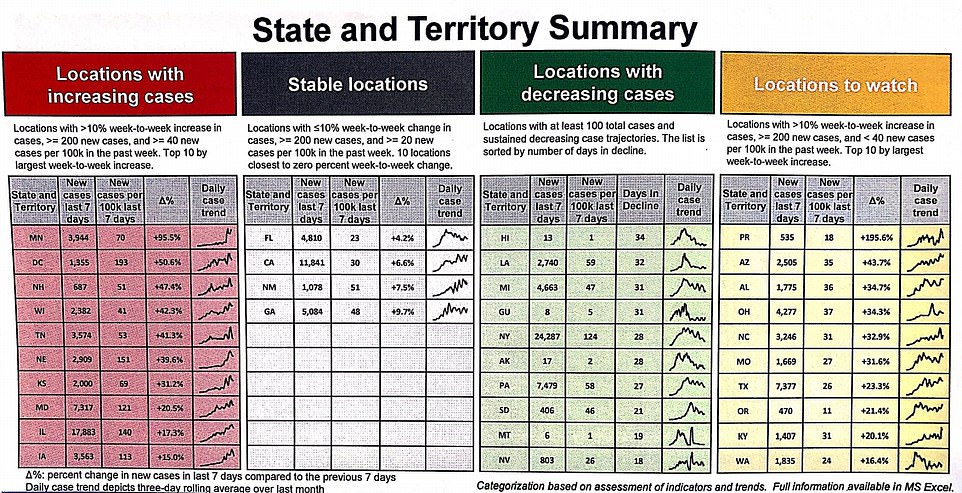 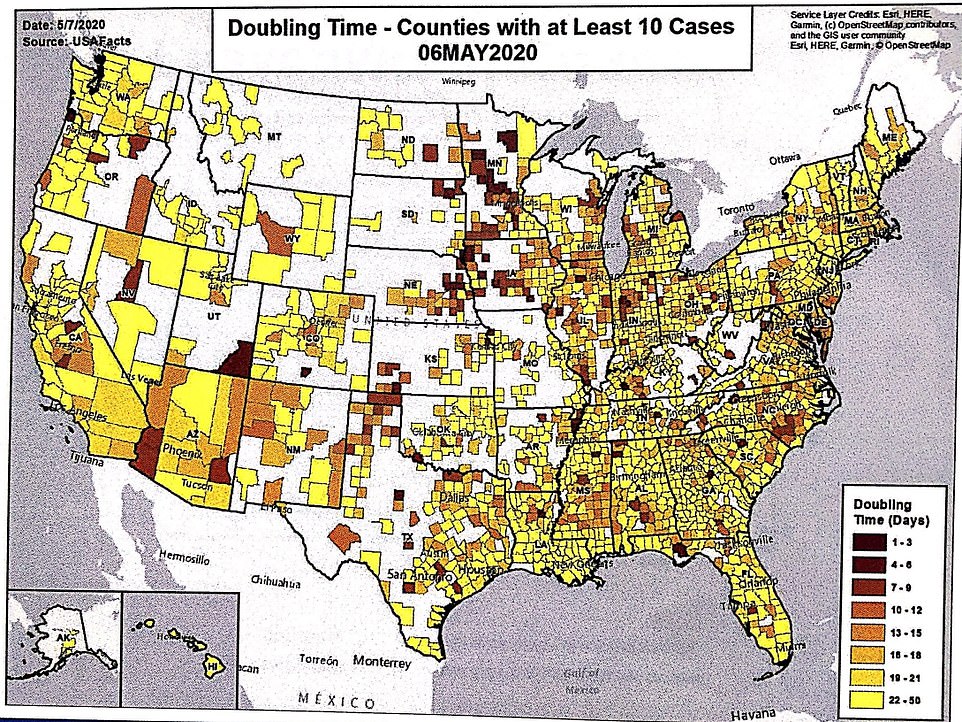 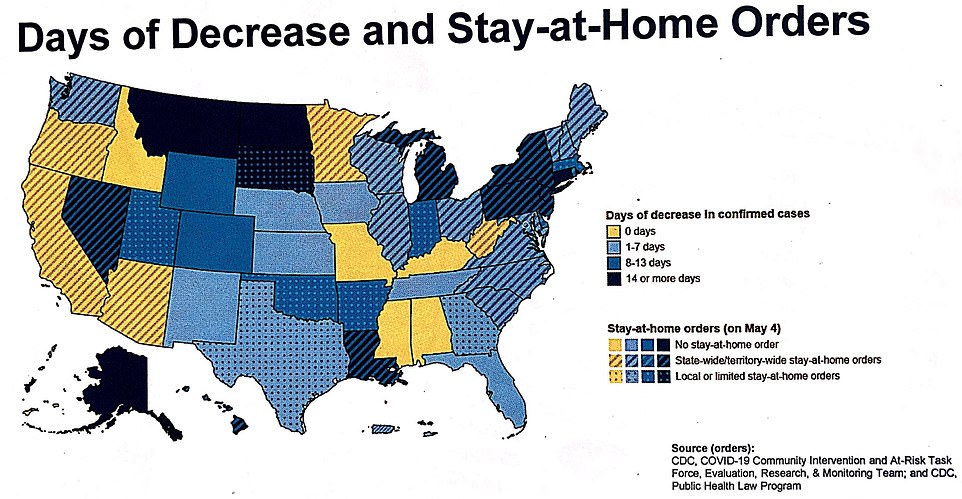 Rising cases in these small emerging hotspots come as infections across the US surpassed 1.3 million with more than 81,000 deaths.

The majority of states across the US have now started to gradually reopen with Trump pushing for people to get back to work and to reopen the economy.

The report also pinpoints counties that are considered locations to watch based on the increase of week-to-week cases but that don't have has many new infections per 100,000 in a week.

In Texas, Dallas County reported an increase in cases in a week with 82 percent assumed to be from community transmissions in cities including Dallas, Garland and Irving.

That data also shows that Ramsey County in Minnesota, which includes the city of St Paul, has seen cases increase by 186 percent in a week.

In addition to the small hotspot areas, the taskforce's report also showed a breakdown of states with the highest infections, locations to watch for and places that are showing declining infections.

Minnesota has had a 95 percent spike in new cases with more than 3,900 infections recorded in a week.

The report shows Washington DC has seen a 50 percent jump in cases after recording more than 1,350 cases over a seven-day stretch. 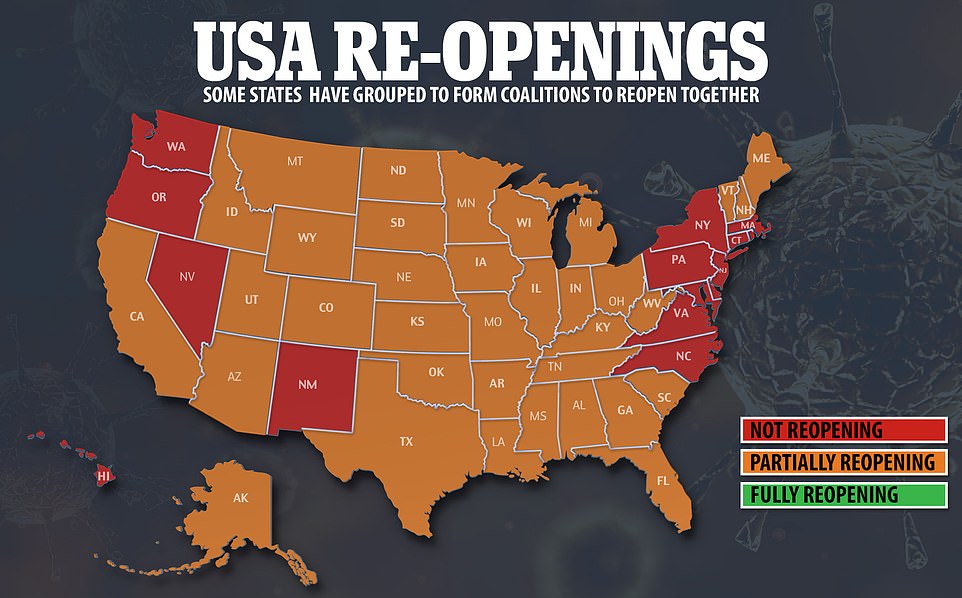 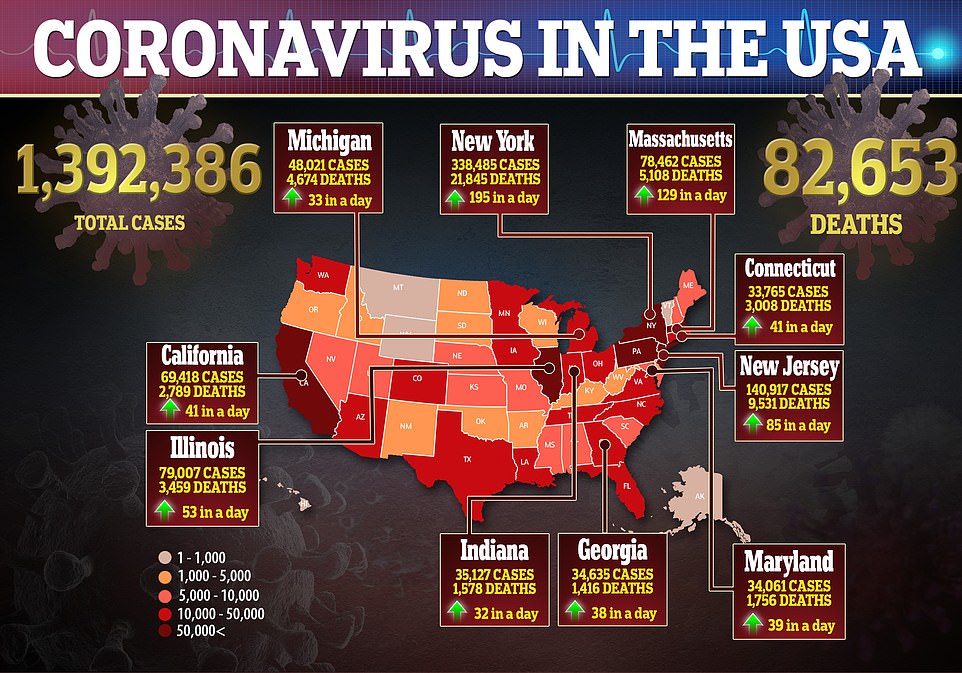 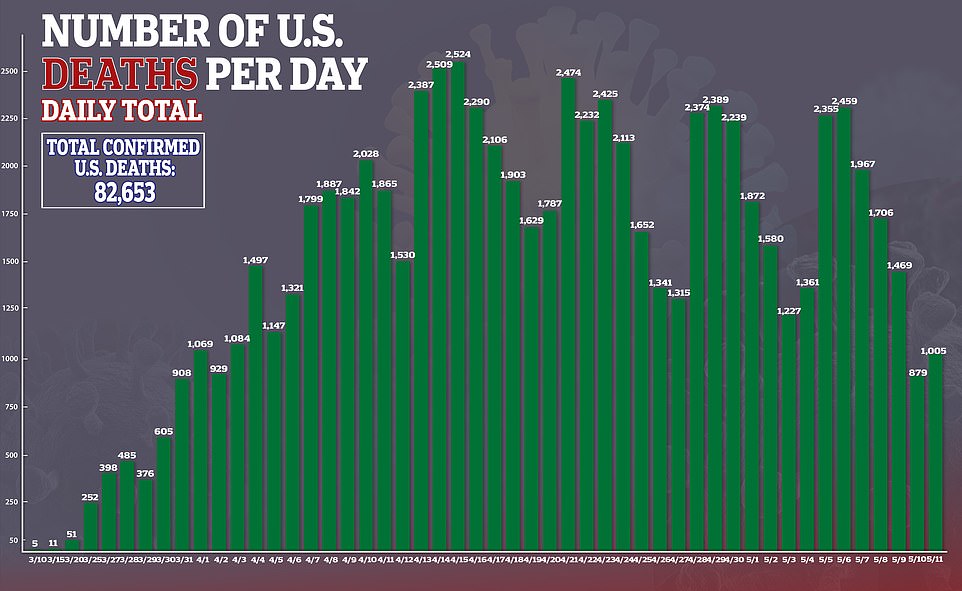 New Hampshire, Wisconsin and Tennessee all showed more than 40 percent spikes in cases, according to the report.

Florida, California, New Mexico and Georgia are among the stable states across the country, the report shows.

These four states have are the ones showing the lowest week-to-week change in terms of new infections. 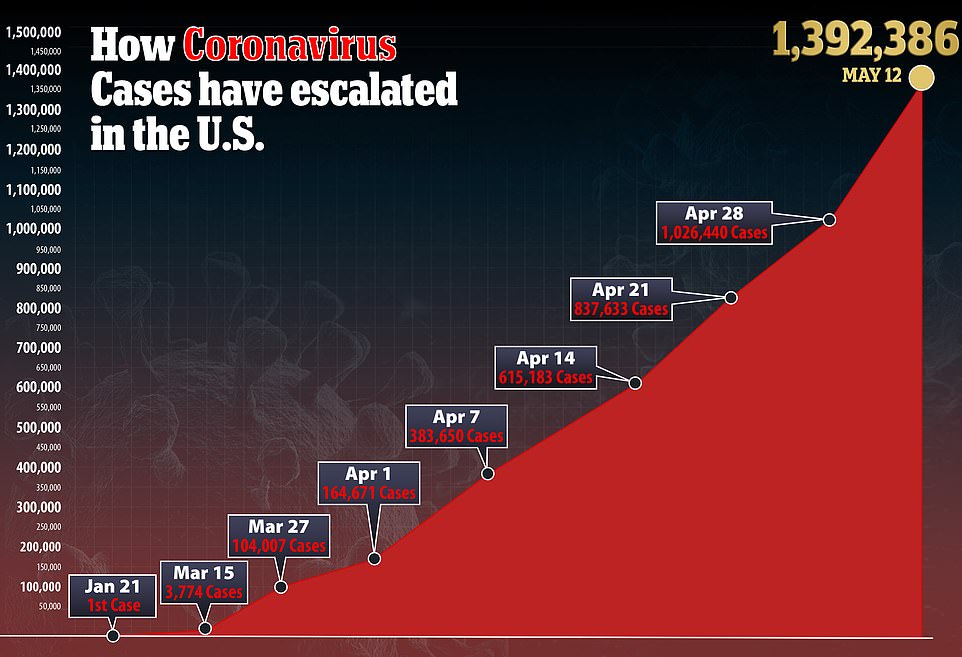 Meanwhile, Hawaii is leading the US in terms of declining cases after recording a 34 day decline in new infections at the time the report was published. The state currently has 634 infections and 17 deaths.

Epicenter New York, which currently has more than 337,000 cases and over 21,000 deaths, reported a 28 day decline in new infections, according to the report.

Michigan, which currently has more than 48,000 cases and 4,800 deaths, had a 31 day decline in cases when the report was published.

Fauci, director of the National Institute of Allergy and Infectious Diseases, told a Senate panel on Tuesday that the virus epidemic is not yet under control in areas of the nation.

He urged states to follow health experts' recommendations to wait for signs including a declining number of new infections before reopening.

Trump, who previously made the strength of the economy central to his pitch for his November re-election, has been encouraging states to end weeks-long closures and reopen businesses that had been deemed non-essential amid the pandemic.

Fauci noted a slowing in the growth of cases in hotspots such as New York, even as other areas of the country were seeing spikes.

Some states already have begun reopening their economies and others have announced plans to phase that in beginning in mid-May, even as opinion polls show most Americans are concerned about reopening too soon.

'There is a real risk that you will trigger an outbreak that you may not be able to control and, in fact paradoxically, will set you back, not only leading to some suffering and death that could be avoided, but could even set you back on the road to try to get economic recovery,' Fauci said of premature steps.