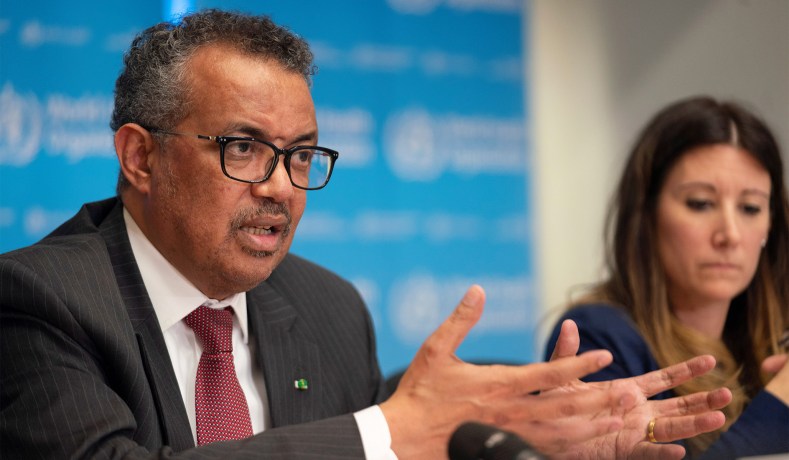 The CIA reportedly believes that China attempted to prevent the World Health Organization from declaring a global health emergency during the beginning stages of the coronavirus pandemic in January.

In a report titled “U.N.-China: WHO Mindful But Not Beholden to China,” the CIA detailed that China threatened to cease cooperating with the WHO’s coronavirus investigation if the agency declared a global health emergency, Newsweek reported on Tuesday. The threats came at the same time that China reportedly “intentionally concealed the severity” of the outbreak in order to hoard medical supplies.

The WHO declared a global health emergency on January 30, about one month after China confirmed the emergence of the then-unidentified pathogen in the city of Wuhan.

“Let me be clear: This declaration is not a vote of no confidence in China. On the contrary, WHO continues to have confidence in China’s capacity to control the outbreak,” WHO Director-General Tedros Anhanom told reporters at the time. The coronavirus outbreak has since become a pandemic, causing over 4,000,000 confirmed infections and killing almost 300,000 worldwide as of Tuesday.

Accusing the WHO of mishandling the crisis and kowtowing to China, President Trump in April announced he would suspend U.S. funding for the organization.

“I’m instructing my administration to halt funding of the WHO while a review is conducted to assess the WHO’s role in severely mismanaging and covering up the spread of the coronavirus,” Trump said at a White House press conference. “The WHO failed in this basic duty and must be held accountable.”