Three dogs were killed by an aggressive swarm of bees in Arizona, according to fire officials.

The Tucson Fire Department said it was summoned to an area in the southeast part of the city on Wednesday.

Residents were warned to move away from the site where the bees attacked the three dogs.

Firefighters who arrived on the scene then began to ‘foam’ the bees with insecticide in order to kill them and prevent further attacks on the dogs, the Tuscon Fire Department said.

The three dogs were then rushed to a local veterinarian, but unfortunately none of them survived.

Fire officials did not specify what species of bee was responsible for the attack.

The southwestern United States region, including states like Arizona and New Mexico, are home to Africanized honey bees – also known as ‘killer bees.’

As the weather gets warmer, the bees tend to crop up. They are most active between the months of March and October.

Experts say they can be particularly aggressive. These bees can attack at the slightest provocation in order to protect their hive. 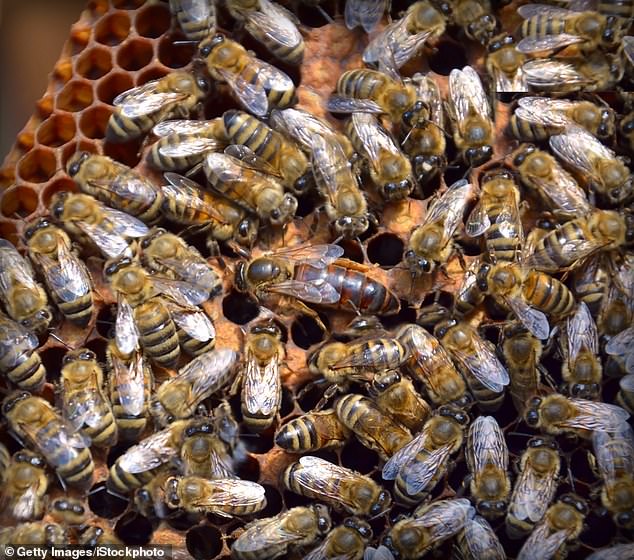 ‘Please be mindful of your animals always, but particularly when there are bees on your property,’ the fire department cautioned.

Experts say that we are currently in the thick of swarming season, which is when growing hives split into two.

One half remains while the other half of the workforce flies away with a new queen to find a new place to build.

Last month, residents of Gilbert, Arizona, were horrified to find thousands of bees swarming outside of the front door of their home.

The swarm of bees was so large that it triggered the notifications of her security camera.