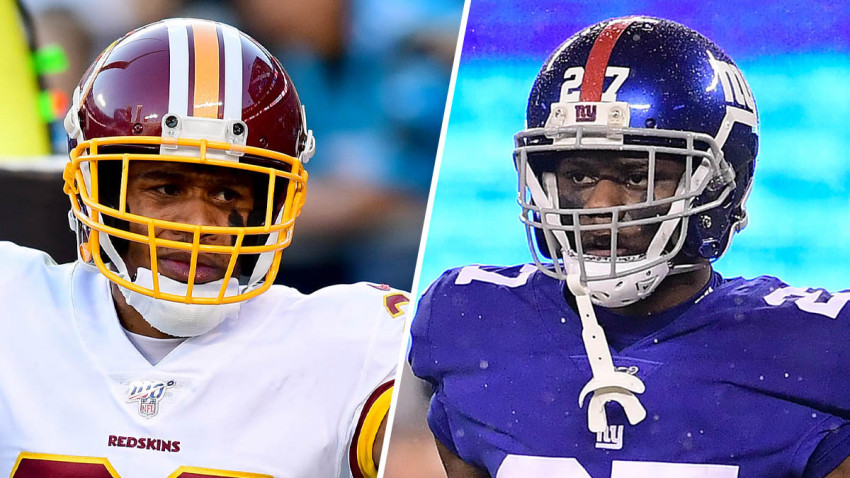 According to a warrant issued Thursday, the men were at a party in Miramar on Wednesday evening when Baker instructed two men to "take money and valuables" from other people at the party. Dunbar is accused of assisting Baker based on statements to police from a witness and four people described as victims. Their names were redacted in the warrant.

The warrant said Baker was involved in an argument at a card table along with someone identified as "Shy." The two are alleged to have brandished their guns in a person's face after flipping the card table over.

Authorities said a victim told police of meeting the two men two days previously at a party in Miami, where Dunbar and Baker were said to have lost $70,000. Attendees told police there was gambling at the party Wednesday night, authorities said.

The warrant said officers were told that Baker directed a person in a red mask to shoot an unnamed person who walked in. Dunbar did not seem to have a gun, but he was instructing others to take valuables, the warrant said.

The warrant said a victim told police that it appeared that the incident was planned, because the men fled in three vehicles, which were positioned to leave the scene immediately.

A witness identified as Dominick Johnson told police that he has known both players since childhood and was at the party playing video games and cards. Johnson said he was not threatened or robbed, but he told police he did see Baker with a gun, according to the warrant.

An officer tried to speak to Baker through Johnson's phone, but Baker refused to speak and ended the call, according to the warrant.

The Giants told NBC News that they were aware of the situation. "We have been in contact with Deandre," the team said. "We have no further comment at this time."

The Seahawks told NBC News on Thursday that they were "still gathering information."

"We will defer all further comment to league investigators and local authorities," the team said in a statement.

The NFL told NBC News that it was aware of the matter but declined to comment further.