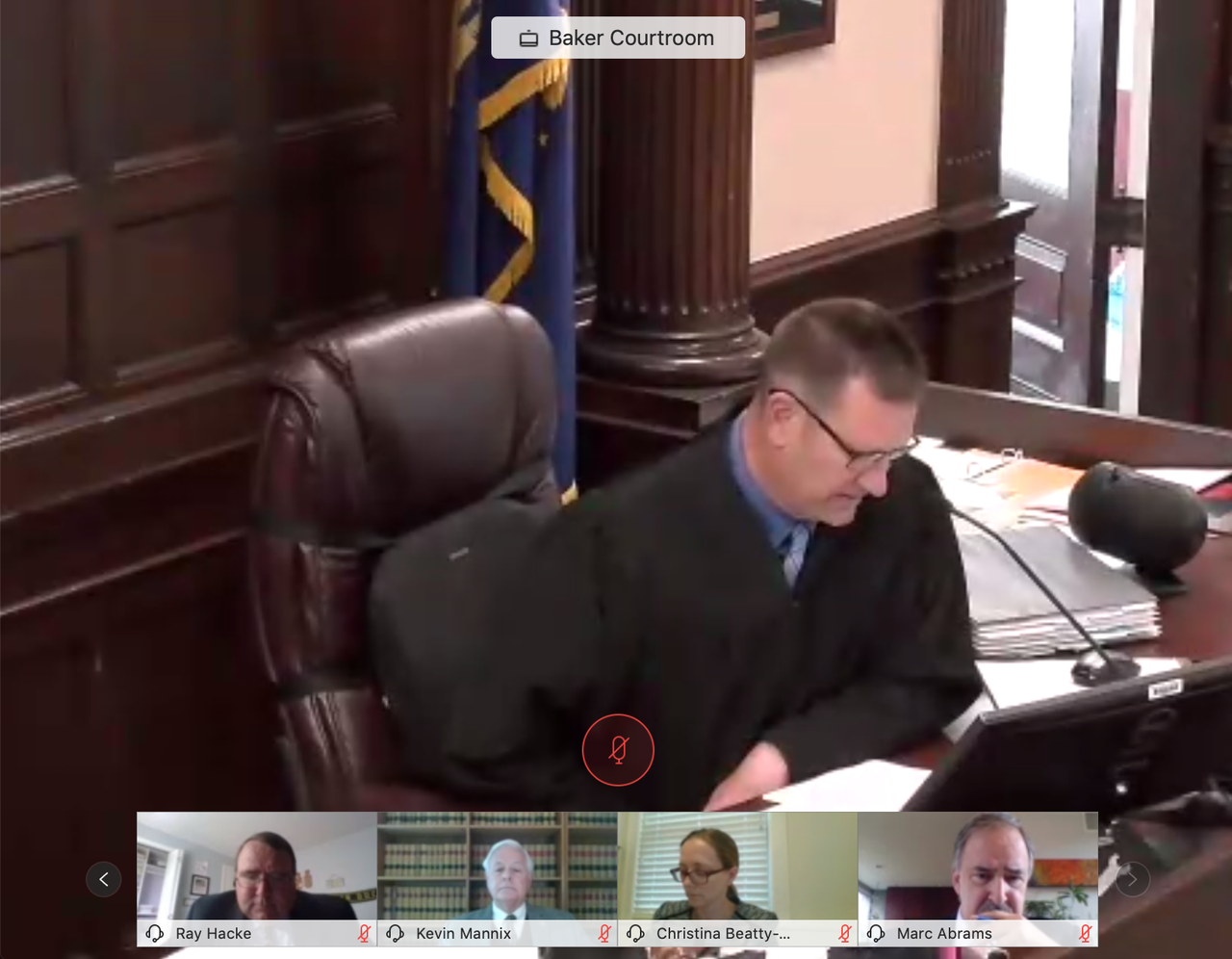 A judge in the sleepy rural area of Baker County has sided with churches and pastors and issued an injunction in their favor, declaring Oregon governor Kate Brown’s ban on religious gatherings “null and void.” This was part of a lawsuit that was brought forth last week, when 10 churches and 20 individuals filed a lawsuit against the governor, after she extended her lockdown orders another 60 days, into July.

A Baker County judge on Monday ruled that Gov. Kate Brown’s restrictions on religious gatherings are “null and void” because her emergency order amid the coronavirus pandemic exceeded its 28-day limit.

Circuit Judge Matthew B. Shirtcliff granted a preliminary injunction to 10 churches that had sued the governor, finding they had shown “irreparable harm” from the deprivation of the right to freely exercise their religions.

“The governor’s orders are not required for public safety when plaintiffs can continue to utilize social distancing and safety protocols at larger gatherings involving spiritual worship,” he ruled.

He found that the churches can take necessary social distancing precautions, just as grocery stores and other essential businesses have done. He also ruled that the injunction was in the public’s interest, allowing people the right to freely worship and the ability to restore economic viability.

“This court understands that the current pandemic creates an unprecedented crisis in the state as well as in our country,” Shirtcliff said, speaking from the bench in a videoconference hearing.

He said he must weigh the governor’s public health concerns against the constitutional right of freedom of worship, but he found that “the balance of equities tips in favor of Plaintiffs.”

“Plaintiffs have shown that they will be harmed by deprivation of the constitutional right to freely exercise their religion. Other plaintiffs have also shown great economic harm to their businesses and their ability to seek livelihood,” the judge said.

Darth Kater, as she’s getting called in conservative circles, released the following statement in response to the ruling:

“Today’s ruling from the Baker County Circuit Court will be appealed to the Oregon Supreme Court within hours to keep my emergency orders in effect. This will ensure we can continue to safeguard the health of all Oregonians — including frontline health care workers, those living in nursing homes, workers in agriculture and food processing plants, and Oregonians with underlying health conditions –– while the legal process moves forward.

“The science behind these executive orders hasn’t changed one bit. Ongoing physical distancing, staying home as much as possible, and wearing face coverings will save lives across Oregon.

“Together Oregonians have turned the tide on the spread of COVID-19, allowing us to only now begin the process of gradually and safely reopening parts of our communities and our economies. Reopening the state too quickly, and without ongoing physical distancing, will jeopardize public health and cost lives.

“It is irresponsible to dismiss the health risks and science behind our measures to stop COVID-19. We would be faced with the prospect of another mass outbreak without the tools that have proven to be effective in protecting our friends, families, neighbors, and loved ones from this disease.”

“Today, Baker City Circuit Court Judge Matthew Shirtcliff issued a ruling in the Elkhorn Baptist Church et al v Katherine Brown case stating that Governor Brown’s emergency ‘Stay at Home, Save Lives’ executive order cannot extend past 28 days. The case was argued by Oregon DOJ attorneys on Thursday, May 14, 2020. My office will immediately appeal (a writ of mandamus) the decision to the Oregon Supreme Court. When the legislature adopted public health emergency statutes, it specifically said that it was not limiting the governor’s authority to deal with large-scale emergencies.

“I urge Oregonians to continue to comply with the measures in place. They are there to protect all of us, and they are working. We are in close contact with the Governor and intend to support, as allowed by law, the critical work she has done, guided by public health experts, to ensure the safety and health of all Oregonians.”

Wacked out leftist activist reverend Chuck Currie took to twitter to side with the oppressors:

People of faith want to worship. We want to gather. But houses of worship across the world have ended up as hotspots for #COVID19. This decision by Circuit Judge Matthew Shirtcliff is reckless. I strongly support @OregonGovBrown’s appeal. #StayHomeStayHoly https://t.co/NGV8vlMzVB