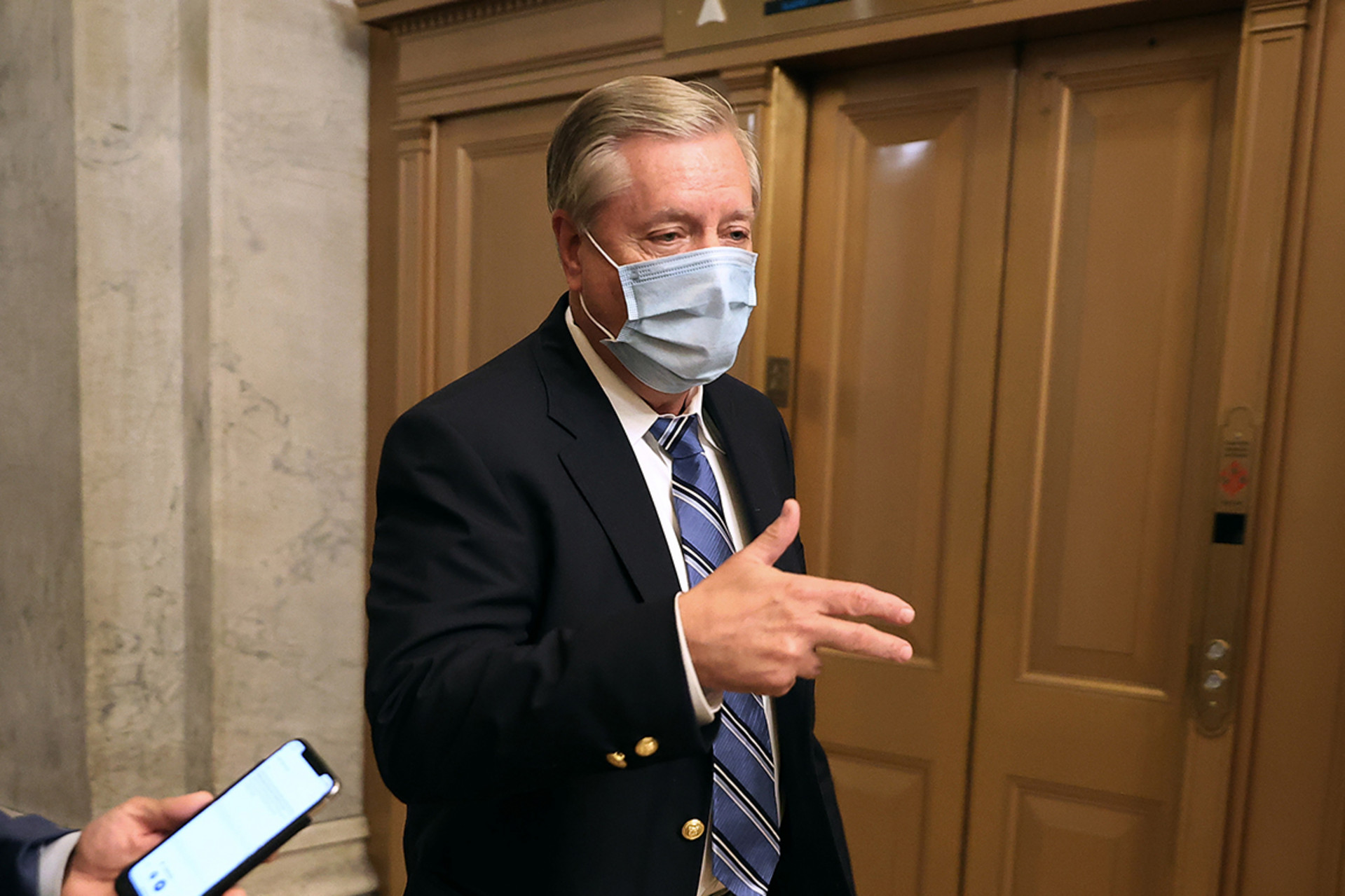 Senate Judiciary Chairman Lindsey Graham is preparing to ask his colleagues on the panel for blanket permission to subpoena dozens of Obama and Trump administration officials connected to the investigation of Russian interference in the 2016 election — and contacts between President Donald Trump's team and Russians.

But it also stretches into the Trump era, with authorization to subpoena current and former figures involved in the investigation led by special counsel Robert Mueller — including former Deputy Attorney General Rod Rosenstein and current FBI Director Christopher Wray.

Graham intends to seek a Judiciary Committee vote on the matter Thursday. The proposal would allow Graham to obtain documents or testimony from any figures referenced in a report by the Justice Department Inspector General's review of the FBI's handling of a surveillance warrant connected to that investigation. That probe found corner-cutting, missteps and abuses by officials in the process used to surveil Carter Page, a former adviser to the Trump campaign.

The subpoena is unusually broad — committee subpoenas are usually specific to a smaller number of targets. But its approval, which will likely fall along party lines, would give Graham enormous, unilateral authority to conduct the probe.

Trump allies have been forcefully demanding for months that Graham take a more aggressive posture toward investigating the origins of the Russia probe, which Trump has assailed as a "hoax" against him for years.

Graham's proposal would allow him to subpoena some of Trump's most frequent Twitter targets, including former FBI Deputy Director Andrew McCabe and former FBI officials Lisa Page and Peter Strzok.

The list also includes officials involved in the decision-making surrounding the January 2017 interview of former national security adviser Michael Flynn, who pleaded guilty to lying to the FBI later that year but previously moved to withdraw the plea and accuse the FBI of "egregious misconduct." The DOJ recently asked a judge to drop the criminal case against Flynn.

Trump in recent days has leaned on allies in the Senate, including Graham and Majority Leader Mitch McConnell (R-Ky.), to ramp up their probes of Obama administration officials, as Trump has sought to level unsupported allegations of criminality by his predecessor against his incoming administration. Graham recently shot down a suggestion by Trump to call Barack Obama himself, an action that Trump's Justice Department has argued is unconstitutional, despite the current president's call.