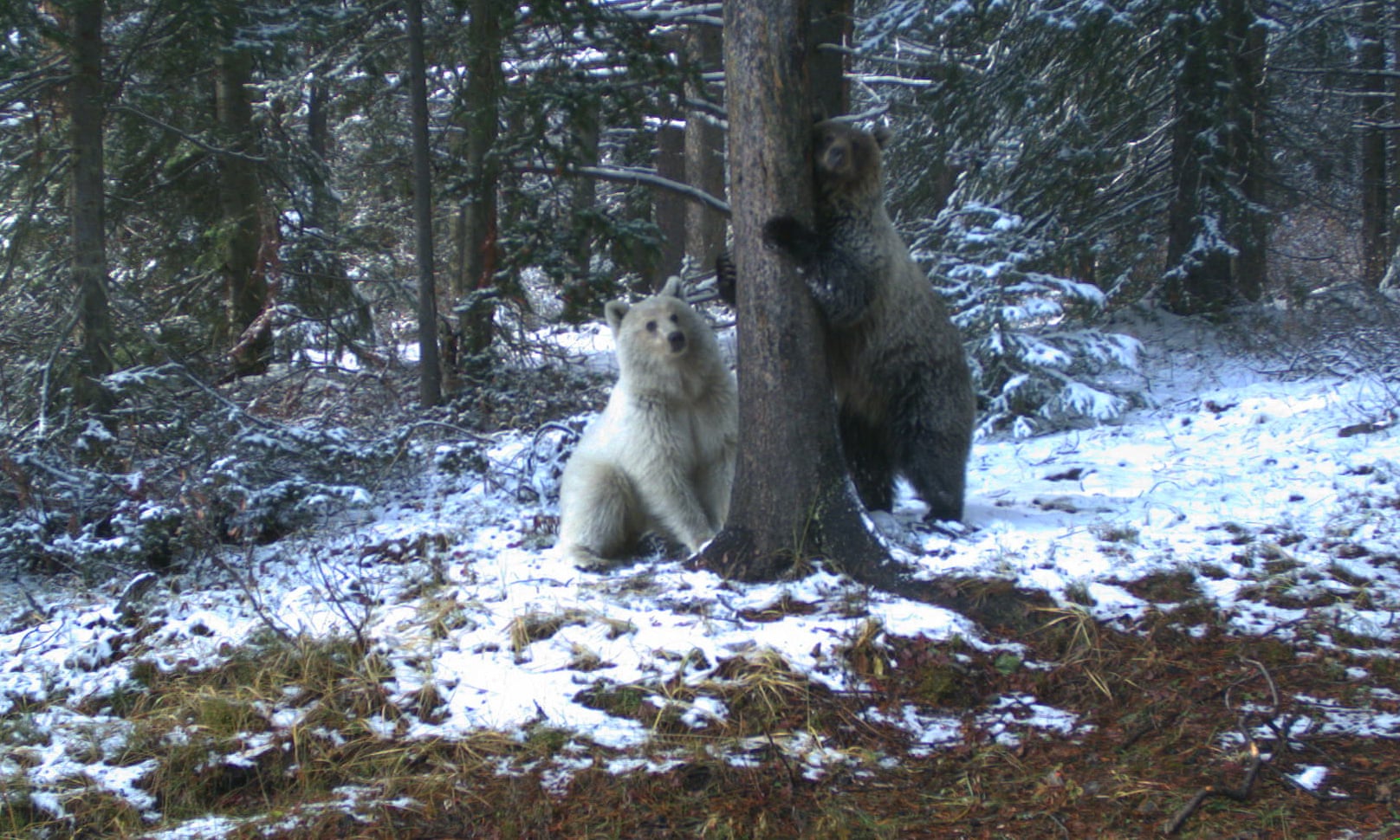 Cara Clarkson and her family were driving down a remote highway in Canada’s Rocky Mountains, when a figure glimpsed against the dark evergreen forest left them in disbelief.

Nuzzling though the snow for food was a white grizzly bear.

The family briefly pulled over to watch the bear and its sibling, which had darker fur.

“We were like, ‘holy smokes!’ We knew we were so lucky because white grizzly bears are unheard of,” said Clarkson told local media.

Grizzly bears normally range in colouration from dark brown to blond, but a white bear is incredibly rare.

Experts say the colouring is the result of a recessive gene in the cub – not albinism. Nor is the young bear a member of another Canadian subspecies, the Kermode “spirit” bear, which is found in the temperate rainforests of the country’s west coast. Those elusive animals also have white fur, but are a subspecies of the black bear – not the grizzly.

Local wildlife officials have known about the white grizzly since 2017, but Clarkson’s mobile phone video of the bear, which went viral, marks the first time the public has caught a glimpse of the ghostly predator.

“This is pretty special. When you have iconic species like the grizzly bear – like the raven or the bison – and genetic variation shows up like this, it really captures our imaginations,” said Nicholas Scapillati, head of the Vancouver-based Grizzly Bear Foundation conservation group.

“The science can explain why it happens and can give you percentages how rare this is – but that’s not why people are interested in this story. It speaks to our eternal relationship with nature. It’s rare and unique; people really look for meaning in these things.”

That interest has caused concern among some experts. “These unusual-looking animals get hunted ruthlessly by photographers, and so the less we talk about them, the better,” conservation biologist Mike Gibeau said in an email.

Cherry says the white bear and its sibling range over a large area. But as the coronavirus restrictions lift and national parks slowly reopen, staff expect a surge in visitors and worry that many will be searching for the bear.

“It’s definitely something we’ve considered,” said Cherry. “But as the snow melts, we’re hopeful the bears do what they normally do: move to higher elevations, away from people.”