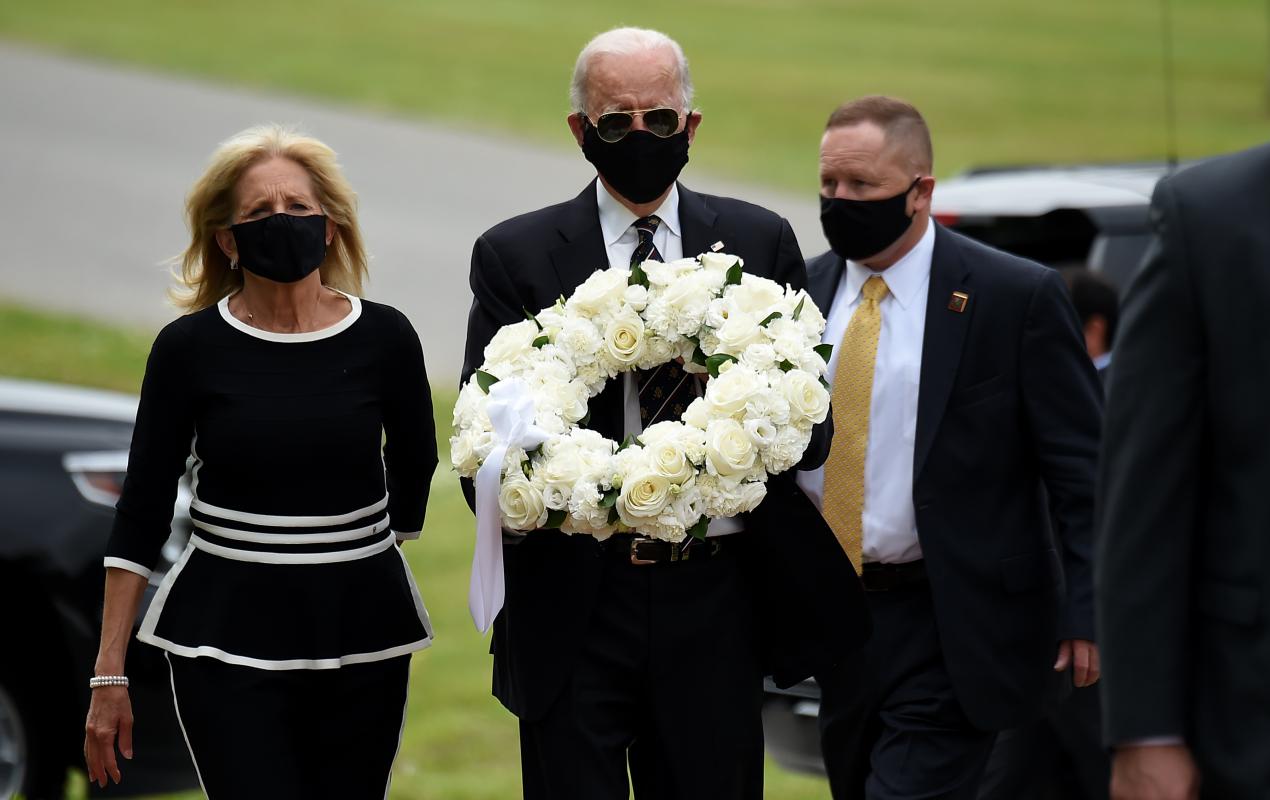 In style, schedule and wardrobe, the two 70-something men running for president honored fallen soldiers Monday in vastly different ways that spoke volumes about their approach to a pandemic that has claimed close to 100,000 American lives.

A mask-wearing Vice President Joe Biden -- who has urged caution in reopening America amid the coronavirus outbreak -- made his first public appearance in two months, laying a wreath with his wife Jill during a low-key event at a Delaware military memorial.

In contrast, President Trump went without a mask as he and First Lady Melania Trump kept up a relentless public schedule with two Memorial Day ceremonies at Arlington National Cemetery in Virginia and Maryland's Fort McHenry, the site of an epic War of 1812 naval battle that inspired Francis Scott Key to write the Star Spangled Banner.

The president, who has cheered efforts by state governors to reopen their economies, expressed optimism that the country was on its way to vanquishing the coronavirus while paying tribute to those whose lives were claimed by the outbreak.

"Tens of thousands of service members and national guardsmen are on the front lines of our war against this terrible virus," Trump said at the Fort McHenry ceremony, where a fife and drum corps played. "As one nation, we mourn alongside every single family that has lost loved ones, including the families of our great Veterans."