Bill Clinton is accused of having an affair with Ghislaine Maxwell during trips they took on pedophile Jeffrey Epstein's private jet, an explosive new book claims.

The details of the alleged affair between the former president and the British socialite are detailed in a new book - A Convenient Death: The Mysterious Demise of Jeffrey Epstein.

In an excerpt of the book, obtained by the New York Post, sources said Clinton would have sex with Maxwell during overseas trips on Epstein's Lolita Express plane and he would visit her at her Manhattan townhouse.

The former president has denied having the affair with Maxwell. 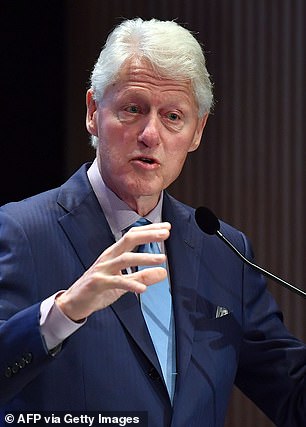 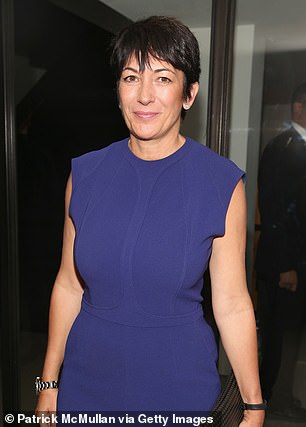 Clinton and Maxwell, who has been accused of recruiting young girls for Epstein, were once pictured together on the billionaire pedophile's plane back in the early 2000s.

The former president has always maintained he knew nothing of Epstein's abuse of young girls.

Sources quoted in the book claim that Clinton was tied to Epstein only because of his alleged affair with Maxwell.

'(Bill) and Ghislaine were getting it on,' the source said.

'That's why he was around Epstein - to be with her.

'You couldn't hang out with her without being with (Epstein).

'Clinton just used him like everything else,' the source claimed, adding that Clinton used Epstein as an alibi to carry on the alleged affair.

The book claims Clinton visited Maxwell at her Upper East Side townhouse on multiple occasions.

They were also side-by-side at various events in New York City together, including ones held by his own Clinton Foundation.

Maxwell was among the guests at Chelsea Clinton's wedding in July 2010 in upstate New York.

The allegations included in the book came just one day after new Netflix documentary claimed Clinton was seen sitting with Epstein on the convicted sex offenders' Caribbean island where young girls were allegedly taken and assaulted by the pedophile and his high-profile friends. 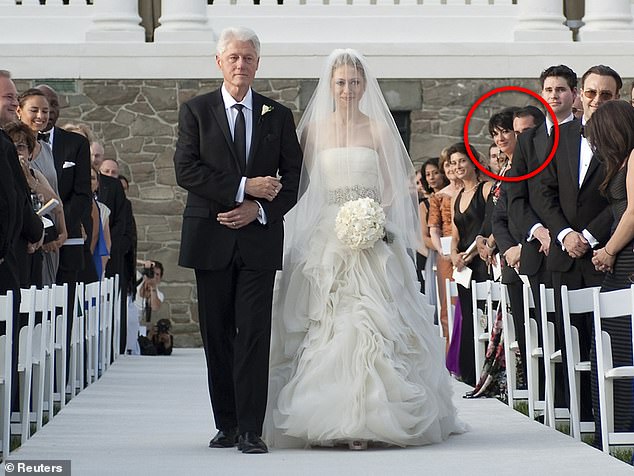 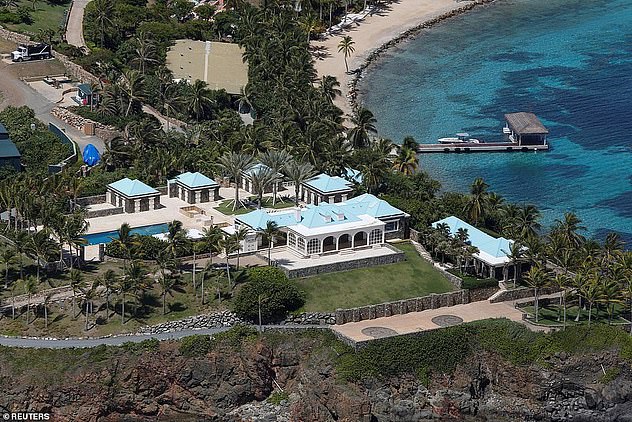 Steve Scully, a 70-year-old former worker on Epstein's private Caribbean island of Little Saint James, claims he saw Clinton sitting with the pedophile in the porch of the island's villa.

The claims will be aired in the new series Jeffrey Epstein: Filthy Rich, which hears from witnesses and victims of Epstein's abuse.

Clinton has denied ever visiting the Caribbean island but has admitted flying in Epstein's private jet on four occasions.

His spokesman denied those claims as well, saying: 'This was a lie the first time it was told, and it isn't true today, no matter how many times it's repeated.'

Epstein's 'sex slave' Virginia Roberts Giuffre has previously alleged in legal papers that she too saw Clinton on the island.

Giuffre alleged she had dinner with Clinton, Epstein, Maxwell and two other women from New York on the island on one occasion.

She claimed she later saw Clinton 'strolling into the darkness with two beautiful girls around either arm'.

Clinton's team maintain that he knew 'nothing about the terrible crimes' of Epstein.