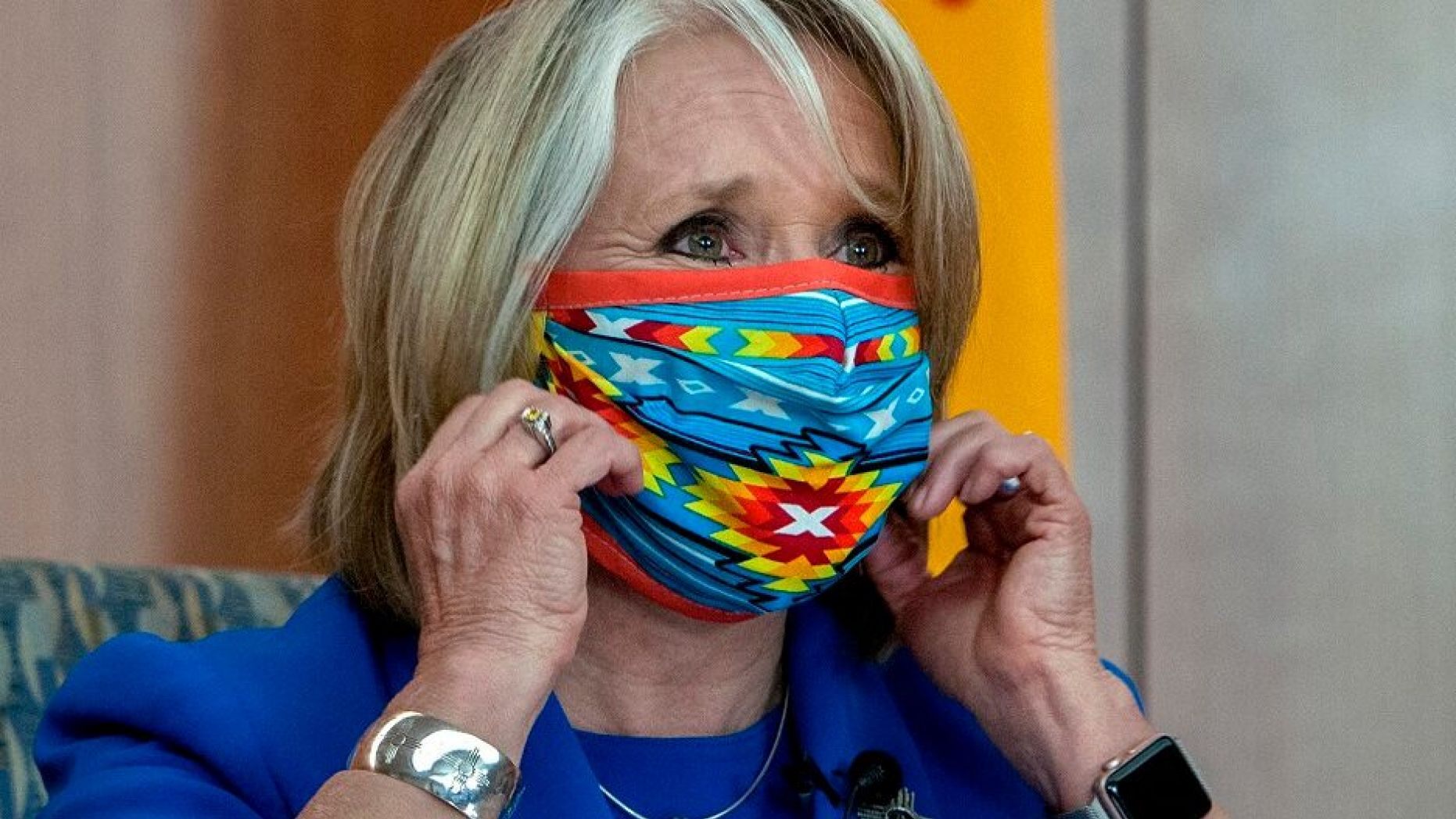 Grisham, a Democrat, stressed in April that New Mexicans needed to stay home and should only leave to purchase essential items such as food and medical supplies, KRQE-TV reported.

“We are in really tough financial times as a state. It mirrors the incredible, personal sacrifices that happen every single day because people have limited their ability to work, telecommuting and many people, in fact, have lost their jobs,” she said April 3.

Days after her remarks, however, she called an employee at the Lilly Barrack jewelry shop in Albuquerque -- where she has a longstanding relationship -- to make a purchase over the phone, the news station reported.

No one was allowed in the store at the time because of the public health order.

Grisham spokeswoman Nora Meyers Sackett told the Albuquerque Journal that the transaction complied with the governor's emergency public health order at the time and that she didn't receive special treatment. A friend of Grisham's picked up the purchased items left outside the jewelry store employee's home, the spokeswoman said.

“There were no state guidelines broken,” Sackett said. “It was an entirely contact-free purchase.”

Curbside pickup outside stores wasn't allowed in the state until May 1. Messages to Grisham's office from Fox News were not immediately returned.

Republican state lawmakers accused Grisham of hypocrisy for not following her own orders.

"Our Governor is the latest Democrat to decide that the rules they impose on their citizens to address the COVID-19 pandemic don’t apply to her," the New Mexico Republican Party tweeted Wednesday. "A bombshell report reveals that the governor violated her own stay-at-home order to stock up on some high-end jewelry."

Our Governor is the latest Democrat to decide that the rules they impose on their citizens to address the COVID-19 pandemic don’t apply to her. A bombshell report reveals that the governor violated her own stay-at-home order to stock up on some high-end jewelry.

“The store was never ‘opened’ and a good safe process was followed. ... The governor has, of course, in both her personal and professional lives adhered to all of the public health measures the state has enacted for the duration of this pandemic," Sackett said.

Other jewelry store owners told KRQE that they didn't allow anyone inside the business for fear of getting fined. One noted that they were under the impression that only online sales were allowed.

“Of course the governor has been telling people to stay home to the greatest extent possible, it's also true she’s been urging New Mexicans to find ways to support local businesses," Grisham's office said, noting that the transaction was unusual.

Grisham and state Senate Republicans have clashed in recent weeks over the reopening of the state. She accused the GOP lawmakers earlier this month of "utter failure and unflinching surrender to the virus ravaging our communities, your communities, and those you represent whether you believe in the danger of this disease or not."

On Wednesday, restaurants in most of the state were allowed to provide limited outdoor or patio service at up to 50 percent occupancy, and retail stores are allowed to operate at 25 percent capacity.

"I greatly look forward to being able to continue to ease the restrictions imposed on us by this heinous virus -- provided that we continue on the right track and New Mexicans take every necessary precaution, whether in an individual capacity or as a business owner or employee," Grisham tweeted Tuesday.