HEALTH experts who condemned the lockdown rallies were blasted for supporting the George Floyd protests.

Multiple disease specialists and officials issued their support for the past 12 days of anti-racism marches after protests to reopen the country were widely condemned during the COVID-19 crisis. 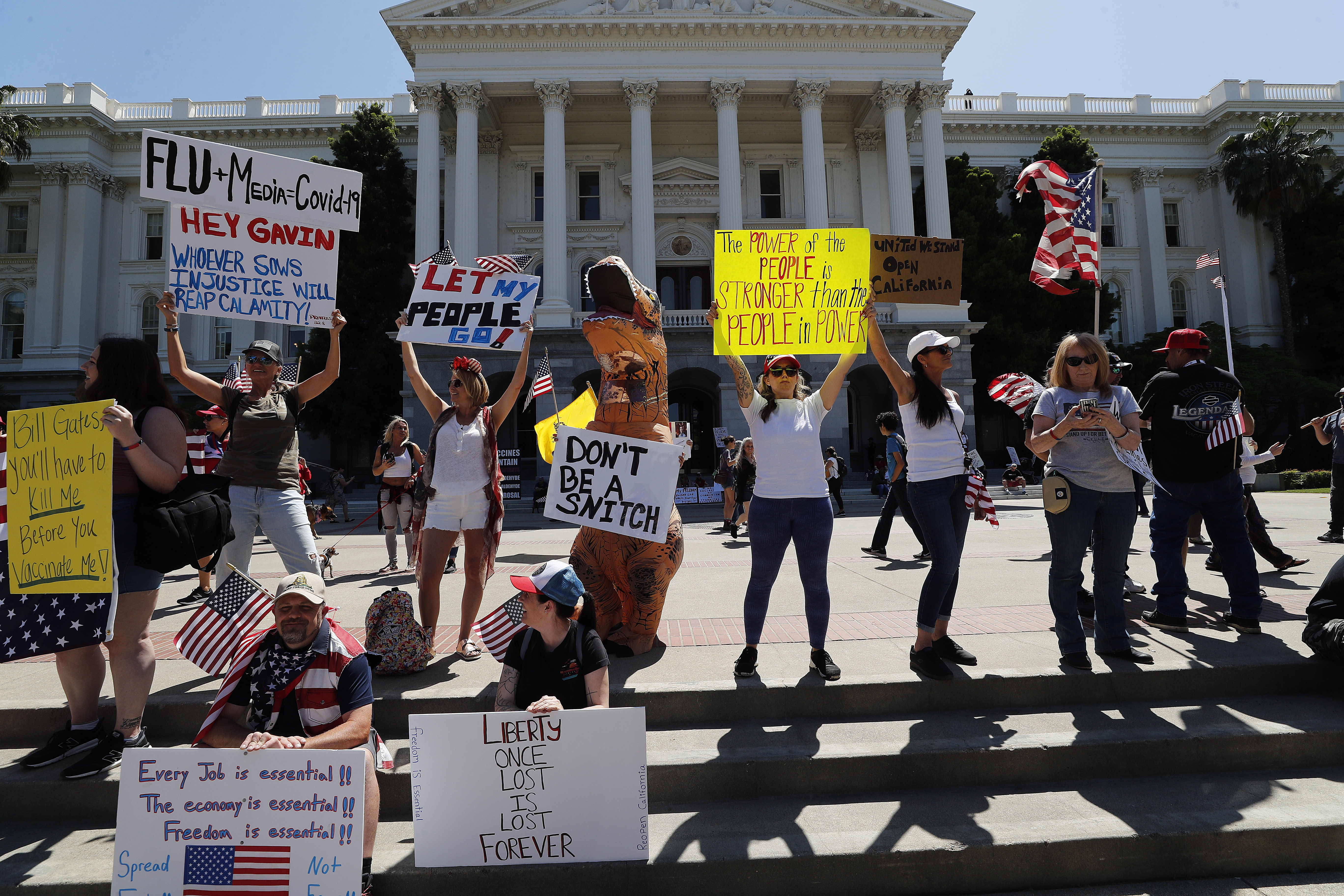 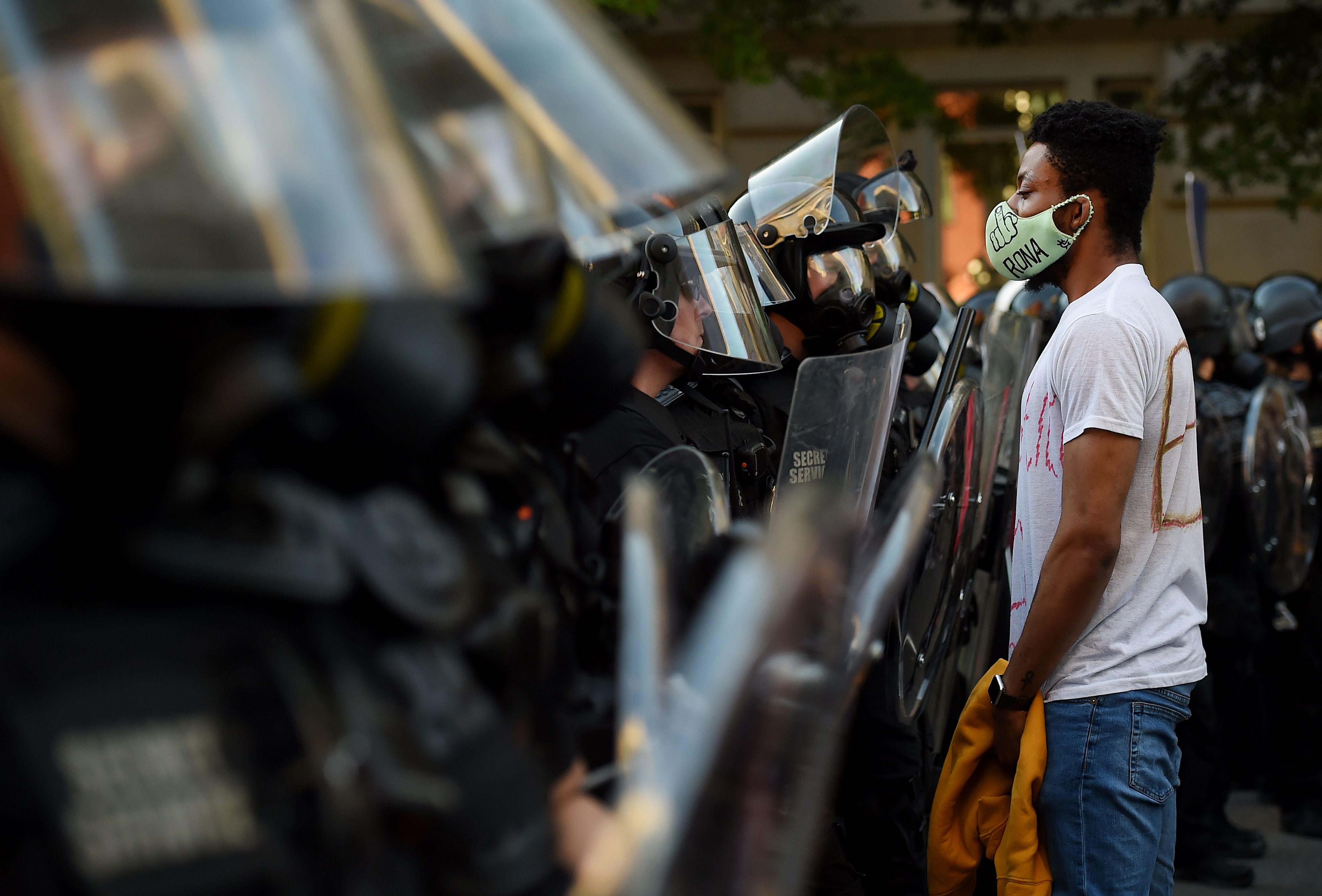 Donald Trump retweeted a number of people who said this was hypocritical on Twitter this week, after officials warned Americans marching for Floyd to "assume you are infected" with the deadly bug.

At least 75 cities across the US have seen widespread protests and social unrest over systemic racism since Floyd's police custody death in Minneapolis on May 25, with looting and violence in many areas.

William Schaffner, an infectious disease expert at Vanderbilt University, told The Sun a “burst of transmissions” should be expected as a result of the protests.

CDC director Robert Redfield conceded "there is a potential, unfortunately, for this to be a seeding event" and top doctor Anthony Fauci revealed that he is "very concerned" about the protests. 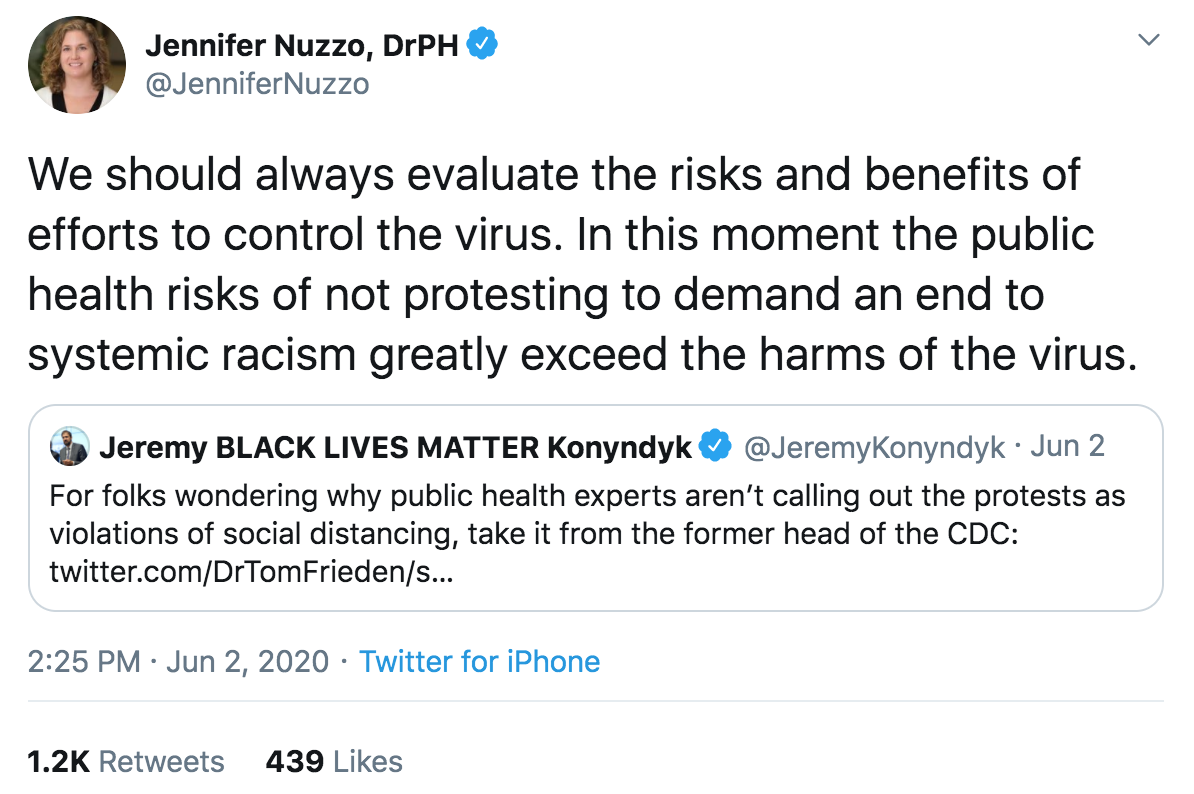 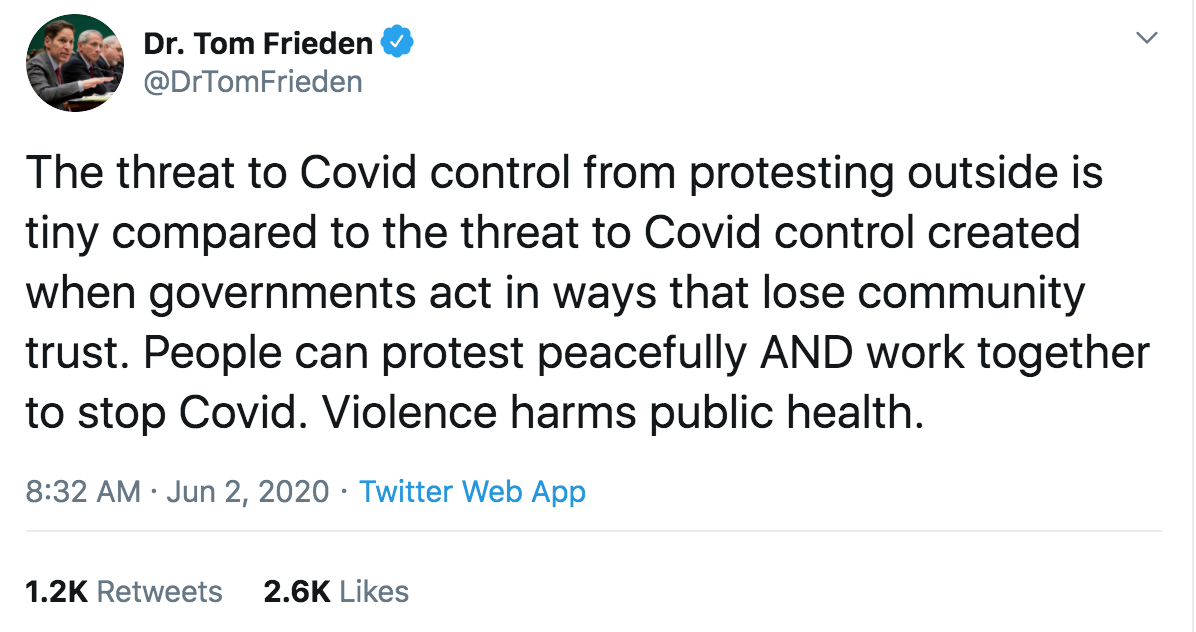 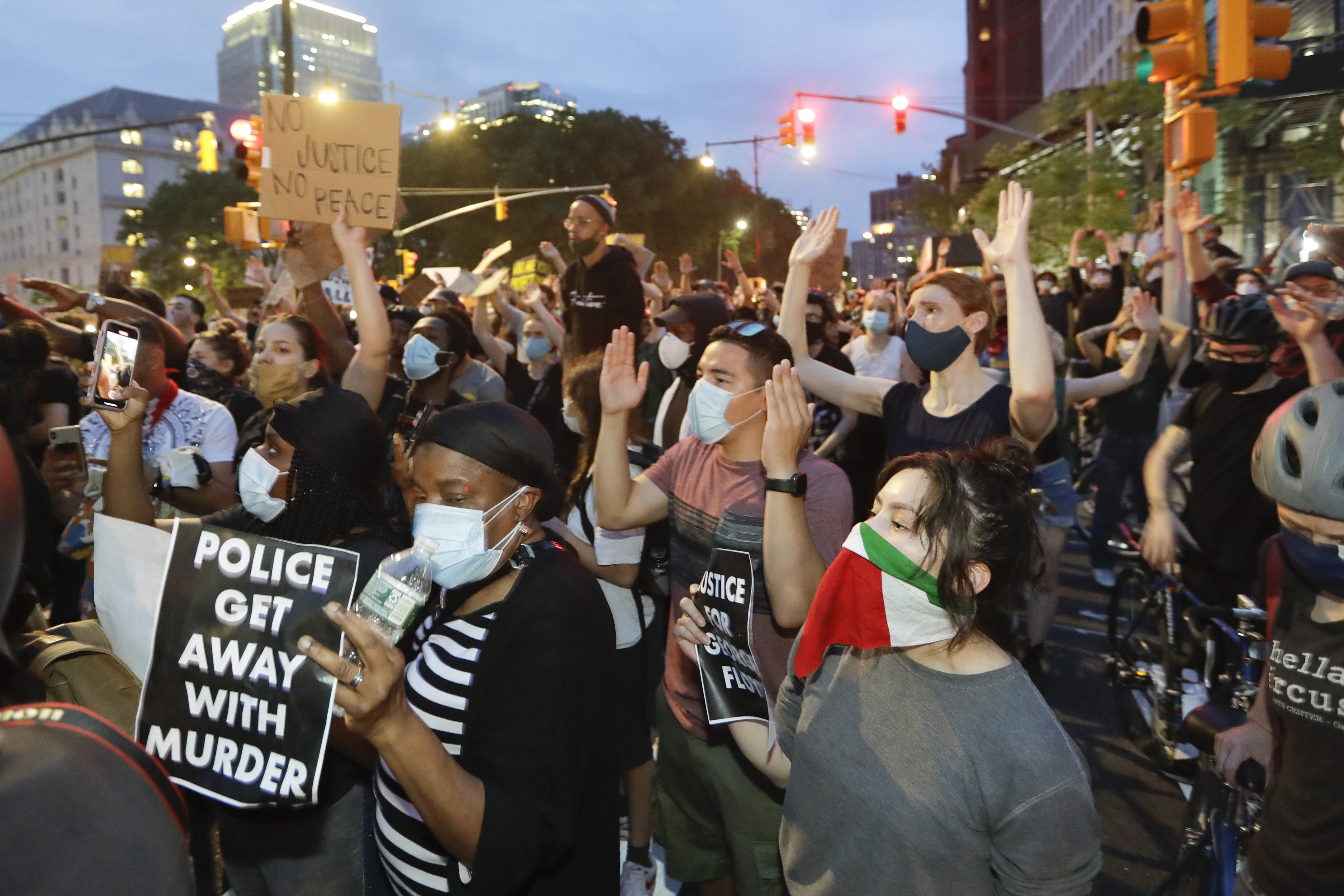 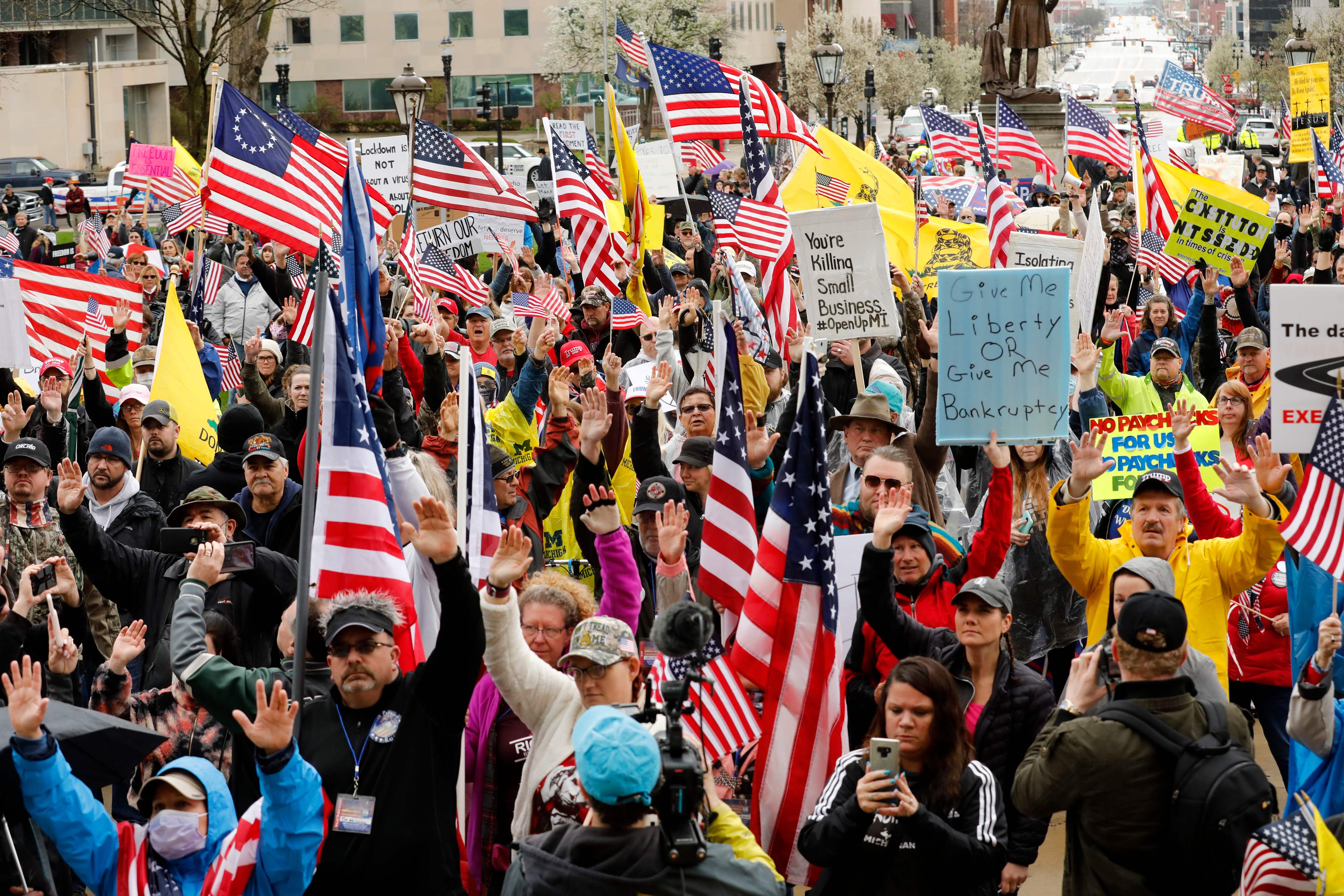 "We should always evaluate the risks and benefits of efforts to control the virus," Nuzzo wrote on June 2. "In this moment the public health risks of not protesting to demand an end to systemic racism greatly exceed the harms of the virus."

But conservative commentators have blasted their stance after anti-lockdown demonstrators, who were often armed and not wearing face coverings, received a swift backlash when they marched together.

"Remember, if you don't social distance, you're literally killing people,' Buck Sexton tweeted. "That's what they told us. The experts.'"

Media critic Stephen L. Miller said conservatives "are upset at the political leaders who think protesting and mass gatherings are more important suddenly than being able to feed your family or keep your business open," reported Politico. 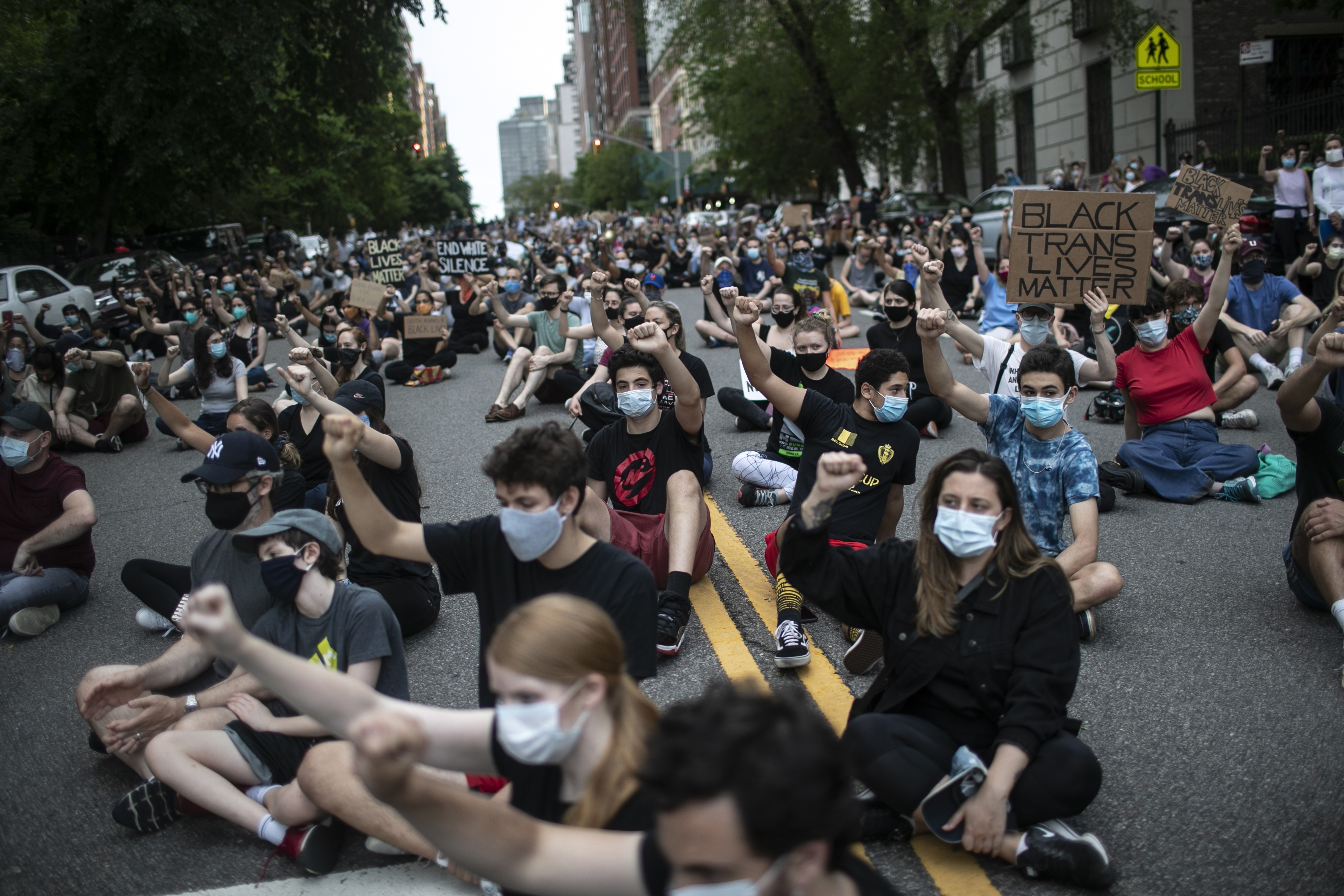 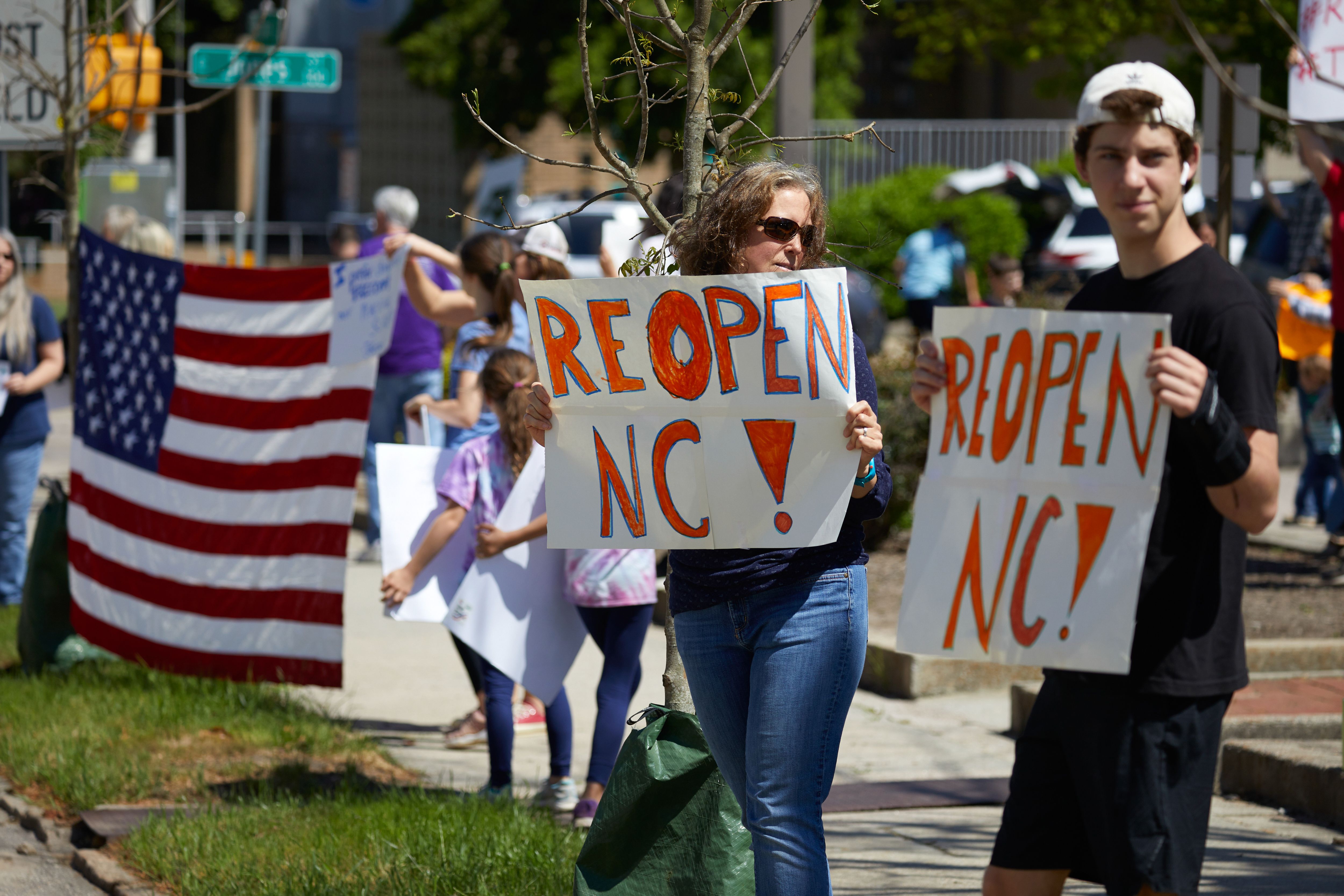 "The riots have ripped the mask off the mainstream media politicized coronavirus hysteria," he said.

"When it was politically convenient, the media shamed and attacked people who wanted to reopen their stores or even gather at the beach.

"Now that rioters and looters are gathering in large numbers, the media no longer cares about social distancing, because the media sympathizes with them."

Experts, health departments, officials and state leaders like NY Gov Andrew Cuomo conceded that the virus rapidly spreads in these large gatherings and pleaded with protestors to get tested.

“Chanting and yelling means inhaling more air and breathing more deeply, and if someone is shedding the virus it’s more likely you’ll get an infectious dose if you’re next to them," Schaffner explained.

“I don’t think there’s a single public health person that would be excited about these demonstrations from the point of view of COVID-19 transmission, but the reasons are another matter.”

Fauci said the Floyd rallies are "the perfect set up for the spread of the virus in the sense of creating some blips which might turn into some surges."