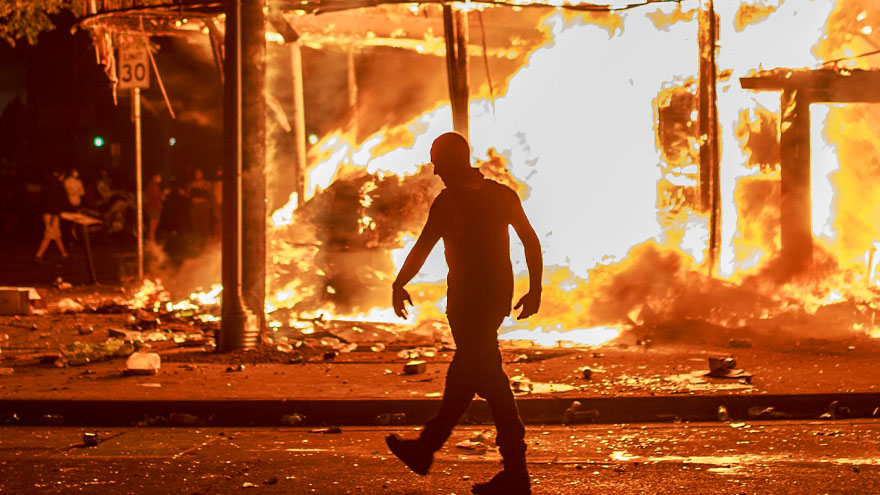 From Fox News: A predominately white, progressive Minneapolis neighborhood that pledged not to call the police in the wake of the death of George Floyd is now dealing with a 300-strong homeless encampment in a local park, according to reports.

Traffic has reportedly increased in the neighborhood around Powderhorn Park, as drug dealers seek to meet their clientele displaced during the civil unrest, rioting and looting following Floyd’s death at the end of May. At least one person overdosed inside the park and was brought out by an ambulance. Prostitution has also been reported in the area.

Residents though have agreed to “check their privilege” and “protect people of color” by not involving law enforcement to report instances of property damage, according to the New York Times.

If anyone is put in physical danger, they instead vowed to seek help from the American Indian Movement, which was founded in Minneapolis in 1968 to address systemic issues of poverty and police brutality against Native Americans and has been policing their own communities for years.

Keeping the promise not to call the police has proven more difficult than imagined, as some residents have avoided the park altogether after being catcalled and are fearing for their children’s safety. Others said they had trouble sleeping at night, fearing campers would force their way into their homes.

“I’m not being judgmental,” Carrie Nightshade, 44, told the Times, explaining she no longer allows her children, 12 and 9, to play in the park by themselves. “It’s not personal. It’s just not safe.