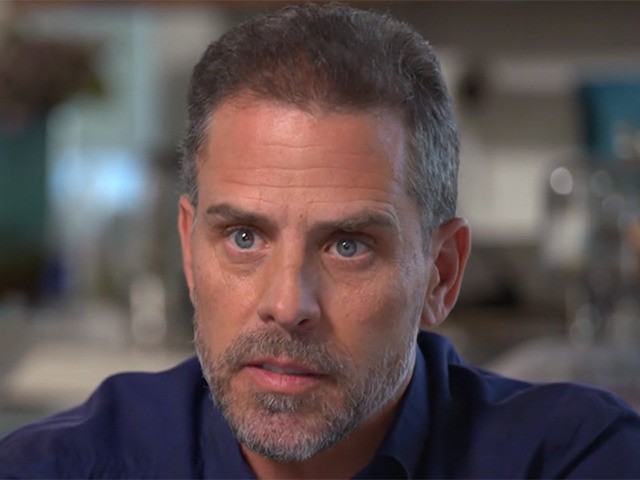 Hunter Biden, the youngest son of former Vice President Joe Biden, appears to have kept his ten percent stake in an international private equity firm with ties to the Chinese government, months after resigning from the company’s board of directors.

Biden, a one time lobbyist who reinvented himself as an international businessman during his father’s tenure in the Obama administration, officially resigned from the board of Bohai Harvest RST (BHR) in October 2019. His departure came amid scrutiny of Biden’s overseas dealings after President Donald Trump’s urging of Ukraine to probe his ties to one of its top energy conglomerates. Trump’s conduct, which the president claimed arose because of the appearance of potential conflicts of interest between Biden and his father, led to his impeachment and eventual acquittal by Congress.

At the time of his resignation from BHR’s board, Biden denied any wrongdoing, especially the assertion that his role with the firm was linked to his father’s influence. He did admit, though, that he regretted getting involved with the company because of the political implications it had caused for his father’s White House ambitions.

Despite expressing the sentiment, the younger Biden appears to have kept his ten percent stake in BHR, according to a report by the Daily Caller. That determination was made after the outlet reviewed corporation records filed with China’s National Credit Information Publicity System through two firms specializing in market research and intelligence.

Such revelations come as questions remain over how much Biden’s equity in BHR is really worth. Biden, who claims to have never received any compensation from his service on BHR’s board, has claimed, through a family lawyer, that his stake in the firm is only worth $420,000. Ethics watchdogs, however, contend that valuation is potentially off by millions.

“It is difficult to imagine, if not incomprehensible, that a ten percent stake in those economics is worth only $420K,” Steven Kaplan, a professor at the University of Chicago’s Booth School of Business, told FactCheck.org last October. “The distinction they appear to be making is they capitalized the management company with $4.2 [million] even if the fund manages $2 [billion].”

“The value of that management company is likely far in excess of $4.2 [million] if they are managing $2 [billion],” Kaplan added at the time.

As Breitbart News has previously reported, Biden’s ties to the firm have long been at the center of ethical controversy. In December 2013, the younger Biden flew aboard Air Force Two with his father to Beijing. The trip was part of an official state visit the then-vice president was making to the country amid escalating tensions with the United States over islands in the South China Sea.

Although it is unclear exactly what transpired during the journey, Biden entered into a lucrative business arrangement shortly afterward. Only 12 days after the trip, Biden and his business partners inked a multibillion-dollar deal with a subsidiary of the state-owned Bank of China.

The deal, which was the first of its kind, created BHR as a private equity fund to invest Chinese money overseas. Once the fund was up and running, it invested heavily in energy and defense projects.

A number of those investments have caught the attention of congressional lawmakers in recent months. Most notably, BHR’s investment in a company blacklisted by the U.S. government for suspicion of helping the Chinese government violate human rights and the fund’s purchase of an American firm with insight into military technology in 2015. As the purchase of the latter required approval by the Obama administration’s Committee on Foreign Investment in the United States, the Senate Finance Committee has begun probing whether there was any conflict of interest in the matter.