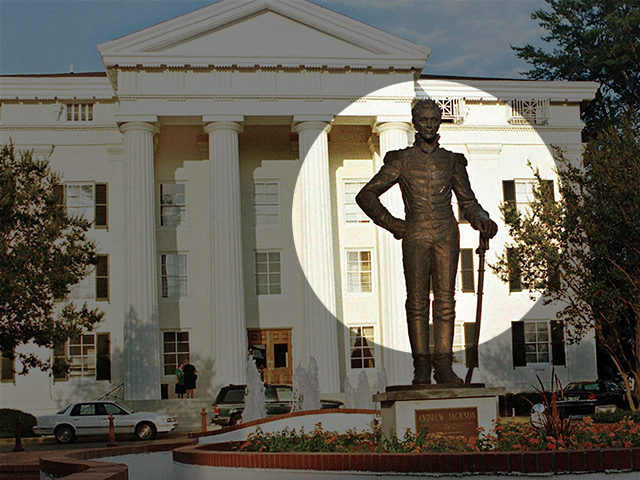 The Jackson, Mississippi, city council voted Tuesday to take down a City Hall monument of its namesake — Andrew Jackson, the seventh President of the United States — by a vote of 5-to-1.

After the vote was tallied, Jackson Mayor Chokwe Antar Lumumba (D) asserted that the time had come for a “divorce” between the state’s capital and the “legacy of a brutal owner of enslaved people who was instrumental in initiating the Trail of Tears against indigenous people.

“While removing a statue does little to change our condition as oppressed people, we should not have to constantly encounter the likeness of those who profited off of the blood, sweat, and despair of our ancestors or see them immortalized as honorable,” Lumumba added.

“I’m a big history buff. The whole idea of tearing down historical statues and monuments is generally a bad idea. We need to understand our history, not tear it down,” Foote stated.

Ward 7 Councilwoman Virgi Lindsay said the statue could be relocated to a museum.

Tuesday’s vote comes in the wake of Black Lives Matter protesters vandalizing and tearing down statues of Confederate leaders and even Presidents of the United States. In late June, a man was arrested after the term “Slave Owner” was spray-painted on the base of a Jackson statue.