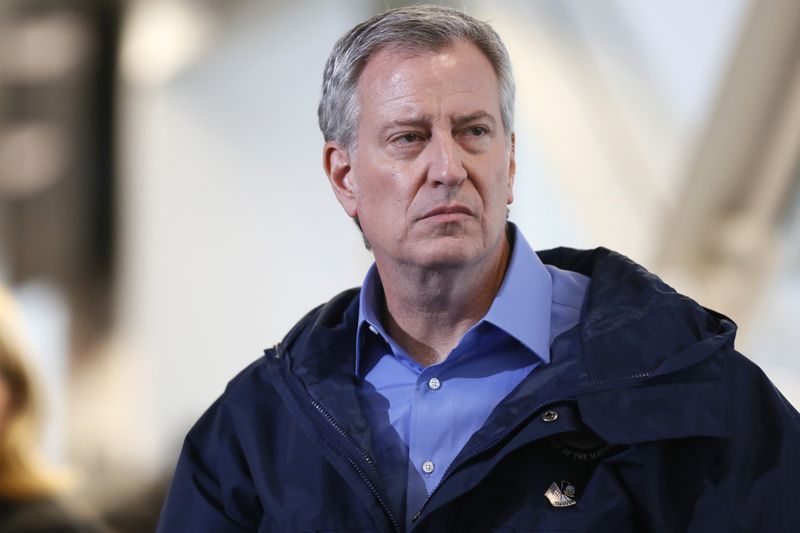 (Reuters) - New York Mayor Bill de Blasio observed a moment of silence and declared himself "heartbroken" on Monday over the death of a 1-year-old boy who was shot in his stroller at a Brooklyn playground, part of a recent surge of gun violence in the city.

"It's just horrifying," de Blasio said at a news conference to discuss the coronavirus. "A baby boy, Davell Gardner Jr., one years old, playing at a playground. Davell was just starting his life and his life was full of possibilities. And now he's gone."

The sharp rise in shootings in New York, Chicago and other U.S. cities, coming in the midst of the social disruption caused by the coronavirus pandemic, runs counter to a 20-year trend toward lower crime.

Davell's shooting was one of 11 incidents in which 16 people in New York were shot over the weekend, WABC television reported. Shootings were up more than 50 percent this year over 2019 with 585 incidents reported as of July 5, the New York Times said.

Police did not immediately respond to a Reuters request for an account of the incident.

The boy was in his stroller around 11:30 p.m. when two men dressed in black approached, fired and fled, the New York Times reported, citing police. Davell, who was hit in the abdomen, died at the hospital, the Times said.

De Blasio mentioned a separate weekend incident in which a 12-year-old was shot in the leg.

"You can never look away from something like this and be numb to it. I'm just heartbroken today," de Blasio said.