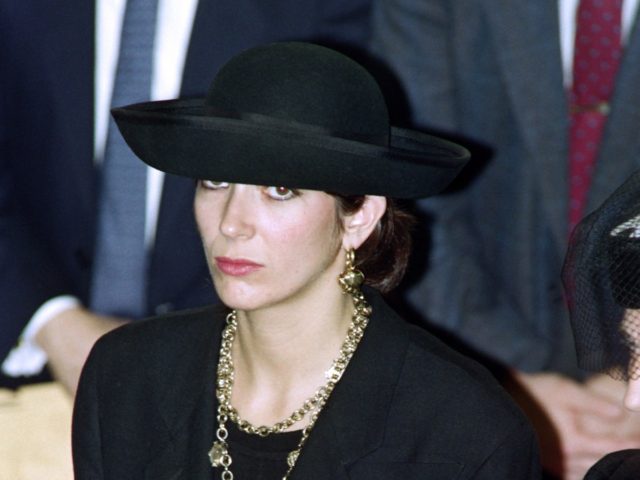 Ghislaine Maxwell has a secret husband whose name she has refused to reveal, prosecutors said Tuesday at the accused madam’s bail hearing.

The spousal detail was publicly divulged as prosecutors in New York accused Jeffrey Epstein’s former girlfriend of purposely hiding the extent of her wealth, according to the New York Post.

“In addition to failing to describe in any way the absence of proposed co-signers of a bond, the defendant also makes no mention whatsoever about the financial circumstances or assets of her spouse whose identity she declined to provide to Pretrial Services,” Assistant U.S. Attorney Alison Moe told Manhattan federal Judge Alison Nathan during a video conference.

Moe added, “There’s no information about who will be co-signing this bond or their assets, and no details whatsoever.”

Maxwell will remain behind bars until trial after the British socialite was denied bail as a flight risk rather than face charges she recruited girls for the financier to sexually abuse more than two decades ago, AP reports.

Ghislaine Maxwell hired the lawyer best known for helping to prosecute "El Chapo" to get her off sex-trafficking and perjury charges. https://t.co/d2217uqkti

Two Epstein accusers implored the judge to keep her detained after she pleaded not guilty to the charges during a video court hearing in Manhattan.

Judge Nathan said even the most restrictive form of release would be insufficient to ensure Maxwell would not flee, particularly now she knows a conviction could result in up to 35 years behind bars.

Maxwell, 58, has been held without bail since her July 2 arrest at her million-dollar New Hampshire estate, where prosecutors say she refused to open the door for FBI agents, who broke in to find her sheltering in an interior room.

Her lawyer, Mark S. Cohen, told the judge Maxwell was clad only in her pajamas and had followed security protocol calling for her to retreat to her room if any disturbance occurred outside.

Judge Nathan refused to set bail for Maxwell, returning her to the Metropolitan Detention Center pending trial, which was set down for next July.