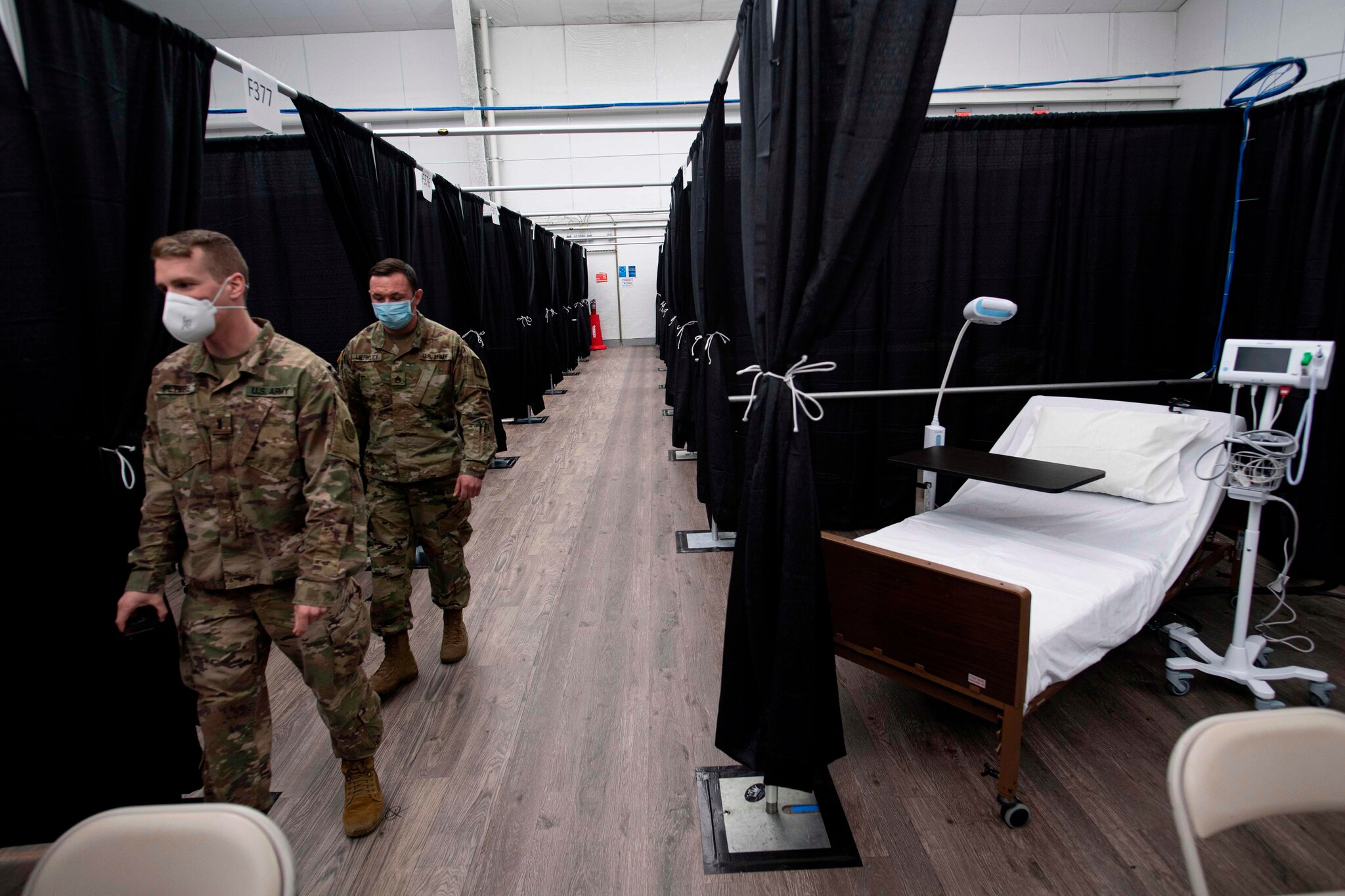 New York City spent $52 million building a hospital in a tennis facility that only ended up serving 79 coronavirus patients as other hospitals in the city were flooded.

The temporary hospital established in the Billie Jean King National Tennis Center remained mostly empty for the roughly one month it was open during the height of the coronavirus pandemic, according to a report from the New York Times. Documents from the hospital, which opened on April 10, revealed that doctors at the facility were paid as much as $732 per hour but hardly had any patients to treat.

Katie Capano, a nurse practitioner from Baltimore who worked in the facility, said she was embarrassed to have done so little while the pandemic raged through the city.

"I basically got paid $2,000 a day to sit on my phone and look at Facebook,” Capano said. “We all felt guilty. I felt really ashamed, to be honest.”

Bureaucracy and miscommunication have been blamed for the debacle.

Doctors who worked at the facility were saddled with additional paperwork, and the facility was barred from accepting patients who had a fever, which is a standard symptom of COVID-19. The facility also only had two ventilators, preventing the hospital from assisting severely ill patients.

The hospital built at the Billie Jean King National Tennis Center was the only facility constructed by the city. The federal government also constructed a temporary hospital at the Javits Center and aboard the U.S.S. Comfort. Both of the federal facilities were also under-used, with most of the patients being referred from private hospitals rather than the overrun public hospitals. In total, roughly 1,400 patients were treated at these temporary hospitals. New York has had more than 400,000 confirmed cases of COVID-19.

Jackie Bray, the staff member who oversaw the facility for Mayor Bill de Blasio, said the city decided patients would be better off in existing hospitals, even if they were overcrowded, as the rate of infections was just begging to level off.

“The alternative space was less used than we expected it to be because we broke the curve, thank goodness," Bray said.

Dr. Timothy Tan, the director of clinical operations at the Queens Hospital Center emergency department, said the city was wrong to not utilize the temporary hospitals.

"The conditions in the emergency room during this crisis were unacceptable and dangerous,” Tan said. “Knowing what our patients had to endure in an overcrowded emergency department, it’s frustrating how few patients were treated at facilities such as Billie Jean King.”

Dr. Kim Sue, who worked in the Billie Jean King National Tennis Center, blamed "extreme dysfunction" for the hospital's failures. The facility was shut down on May 13.