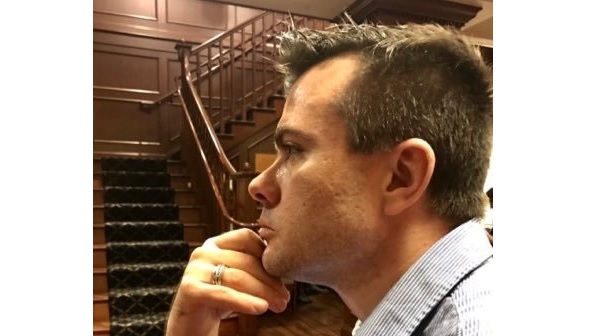 A lawyer for Igor Danchenko, a 42-year-old Russian-trained lawyer who was born in Ukraine, confirmed to the New York Times that his client is the source after a blog, titled I Found the Primary Subsource, identified him, after which social media and RT, the Kremlin-sponsored news organization, promoted the findings.

“Igor Danchenko has been identified as one of the sources who provided data and analysis," his lawyer, Mark Schamel, told the outlet.

Danchenko's identity was discovered after Senate Judiciary Committee Chairman Lindsey Graham released declassified documents that undercut the credibility of Steele's discredited dossier, which contained salacious and unverified claims about the Trump campaign's ties to Russia, including an interview with Danchenko in January 2017 over the course of three days. Danchenko is identifiable through declassified information from the FBI's interview with him, including clues about his education, his travel, his employment, and other details.

Sources told the outlet that Danchenko, who was a researcher for the Brookings Institution from 2005 to 2010 when he co-wrote a paper finding that Russian President Vladimir Putin may have plagiarized part of his dissertation, agreed to talk to investigators in 2017 about the dossier on the condition that the bureau keep his identity secret to protect himself, his sources, family, and friends in Russia safe.

Danchenko told the FBI that Steele contracted him to look into four or five Trump associates, but was only able to name former Trump campaign manager Paul Manafort, onetime Trump campaign adviser Page, and former Trump fixer Michael Cohen specifically for the bureau. Danchenko said he then reached out to his own source network (which was more of a loose social network compromising a number of shady individuals) for information on them. He also contradicted some of the claims in Steele's dossier, including the allegation of a "well-developed conspiracy" between President Trump and Russia.

According to the declassified document, he told the FBI that in the spring of 2016, Steele asked him, “Do you know [about] Manafort? Find out about Manafort’s dealings with Ukraine, his dealings with other countries, and any corrupt schemes.” The primary subsource told investigators “that he was ‘clueless’ about who Manafort was, and that this was a ‘strange task’ to have been given.” Steele also asked him to seek out “information dealing with the U.S. presidential election, including compromising materials on Donald Trump” while in Russia. Christopher Steele. (Victoria Jones/AP)

Danchenko “repeated that these types of tasking [on the election matter] made him uncomfortable," and Steele "pushed" him "to try and either follow-up with people or corroborate the reporting, but Primary Subsource wasn’t able to do so,” according to the FBI document. Danchenko told the FBI that “attempts at getting corroboration on these subjects made him uncomfortable” because he was worried "about the Russians finding out about it.”

“I don’t know how he was exposed,” Graham, a South Carolina Republican, told the New York Times on Friday. “I didn’t see anything in the memo exposing who he was. I mean, you can believe these websites if you want to — I don’t know. I know this: It’s important for the country to understand what happened here.”

Graham has been fighting with the bureau to interview the FBI officials who interviewed the key source for Steele's dossier as part of his panel's inquiry into the origins of the Russia investigation.

By virtue of Danchenko being a researcher focused on analyzing business and political risks in Russia, and not Russia intelligence, it further calls into question the credibility of Steele's dossier. Republican investigators, including Graham, have criticized the FBI because it used the flawed dossier to obtain warrants to wiretap Page, who was never charged with wrongdoing.

DOJ Inspector General Michael Horowitz released a lengthy report in December that criticized the Justice Department and the FBI for at least 17 “significant errors and omissions” related to the Foreign Intelligence Surveillance Act warrants against Page and for the bureau's reliance on Steele’s unverified dossier in obtaining electronic surveillance and renewals in October 2016 and January, April, and June 2017.

Horowitz’s report noted the second and third surveillance application renewals targeting Page advised the FISA court that after the interview with Danchenko, “the FBI found the Russian-based sub-source to be truthful and cooperative.” But despite a few trips to Russia and Moscow in 2016, Danchenko was not “Russian-based” by any means, since he had lived in the U.S. for many years — yet another flaw in the FISA filings against Page.

Horowitz said the renewals “continued to rely on the Steele information, without any revisions or notice to the court that the Primary Subsource contradicted the Steele election reporting on key issues described in the renewal applications and that “we found no evidence that the Crossfire Hurricane team ever considered whether any of the inconsistencies warranted reconsideration of the FBI's previous assessment of the reliability of the Steele election reports."

Steele put his research together at the behest of the opposition research firm Fusion GPS, funded by Hillary Clinton's presidential campaign and the Democratic National Committee through the Perkins Coie law firm. Declassified footnotes now show that the FBI was aware that Steele’s dossier may have been compromised by Russian disinformation.

“Mr. Danchenko is a highly respected senior research analyst; he is neither an author nor editor for any of the final reports produced by Orbis,” Schamel said, referring to Steele's firm, Orbis Business Intelligence. “Mr. Danchenko stands by his data analysis and research and will leave it to others to evaluate and interpret any broader story with regard to Orbis’s final report.” Sen. Lindsey Graham, left, and President Trump. (AP Photo/Susan Walsh)

Orbis paid Danchenko to take what appears to be three trips to Russia during 2016 to collect alleged intelligence, and he’d report back to Steele either in-person in London or via Skype or a secured messaging app. The primary subsource said Steele told him it was a “security risk” to take notes, and so, he never kept any records of his conversations with his sources, saying he “occasionally makes scribbles and/or chicken scratch notes here and there” but that he did verbal debriefs after returning from Russia.

Steele’s dossier claims to have a source described as a “close associate of Trump” and attributes to this person some of the more salacious allegations about Trump, including the claim about Trump and prostitutes at a hotel during the 2013 Miss Universe pageant in Moscow.

Newly released FBI notes cast doubt on these salacious allegations, noting that Danchenko said “for this story, Christopher Steele was given the names of the management at the Ritz Carlton." They also note that Danchenko “said that he reported Trump’s unorthodox sexual activity at the Ritz as 'rumor and speculation' and that he had not been able to confirm the story.” Danchenko said that “the ability to blackmail Trump was 'logical conclusion' rather than reporting.” Danchenko told the FBI that he had "no idea where the [Steele dossier’s] mention of ‘Department K of the FSB’ is from” and did not recalling hearing that or mentioning it to Steele.

No evidence to support these claims in Steele's dossier has ever emerged publicly.

Horowitz concluded that the FBI's interviews of Steele and Danchenko, along with other investigative activity, “revealed potentially serious problems with Steele's descriptions of information in his reports.” The DOJ watchdog noted that Danchenko “made statements during his/her January 2017 FBI interview that were inconsistent with multiple sections of the Steele reports, including some that were relied upon in the FISA applications” and that “among other things, regarding the allegations attributed to Person 1, the Primary Subsource's account of these communications, if true, was not consistent with and, in fact, contradicted the allegations of a 'well-developed conspiracy' in” Steele’s dossier.

Danchenko is also said to have cooperated with the Senate Intelligence Committee on the condition of anonymity.

Sen. Mark Warner of Virginia, the top Democrat on the panel, criticized Attorney General William Barr, who ordered the latest batch of documents to be declassified.

“Under Attorney General Barr, the levers of the Department of Justice continue to be weaponized in defense of the president’s political agenda, even at the expense of national security,” Warner said. “I’m deeply concerned by this release. There is no doubt that the Russians are poring over it to see if they can identify this individual or other sources.”

Barr is scheduled to testify before the House Judiciary Committee next week.