Police found dozens of bodies being stored in unrefrigerated trucks outside a Brooklyn funeral home and lying on the facility’s floor Wednesday, law enforcement sources told The Post.

Between 40 and 60 bodies were discovered either stacked up in U-Haul box trucks outside Andrew Cleckley Funeral Services in Flatlands or on the building’s floor, after neighbors reported a foul odor around the property, sources said.

The corpses were stacked on top of each other in the trucks. Fluid leaking from inside created a terrible smell and caused neighboring store owners to call the police, according to sources.

NYPD detectives were joined by several other city agencies investigating the trucks at the Utica Avenue facility Wednesday evening, with the section of the street closed off to the public.

John DiPietro, who owns a neighboring property, said he had observed cadavers being stored in the trucks for at least several weeks during the coronavirus pandemic.

“You don’t respect the dead that way. That could have been my father, my brother,” he said. “You don’t do that to the dead.” Brooklyn Borough President Eric Adams was on the scene, but could not confirm any details of the storage. Adams said the city needed to ramp up staff for a “bereavement committee” to deal with the surging deaths due to the coronavirus.

“We need to bring in funeral directors, morgues, [medical examiners], clergies … when you find bodies in trucks like this throughout our city, treating them in an undignified manner, that’s unacceptable.”

Police called in the state Department of Health. A spokesman at the agency said the department is actively looking into the matter, but couldn’t comment further. 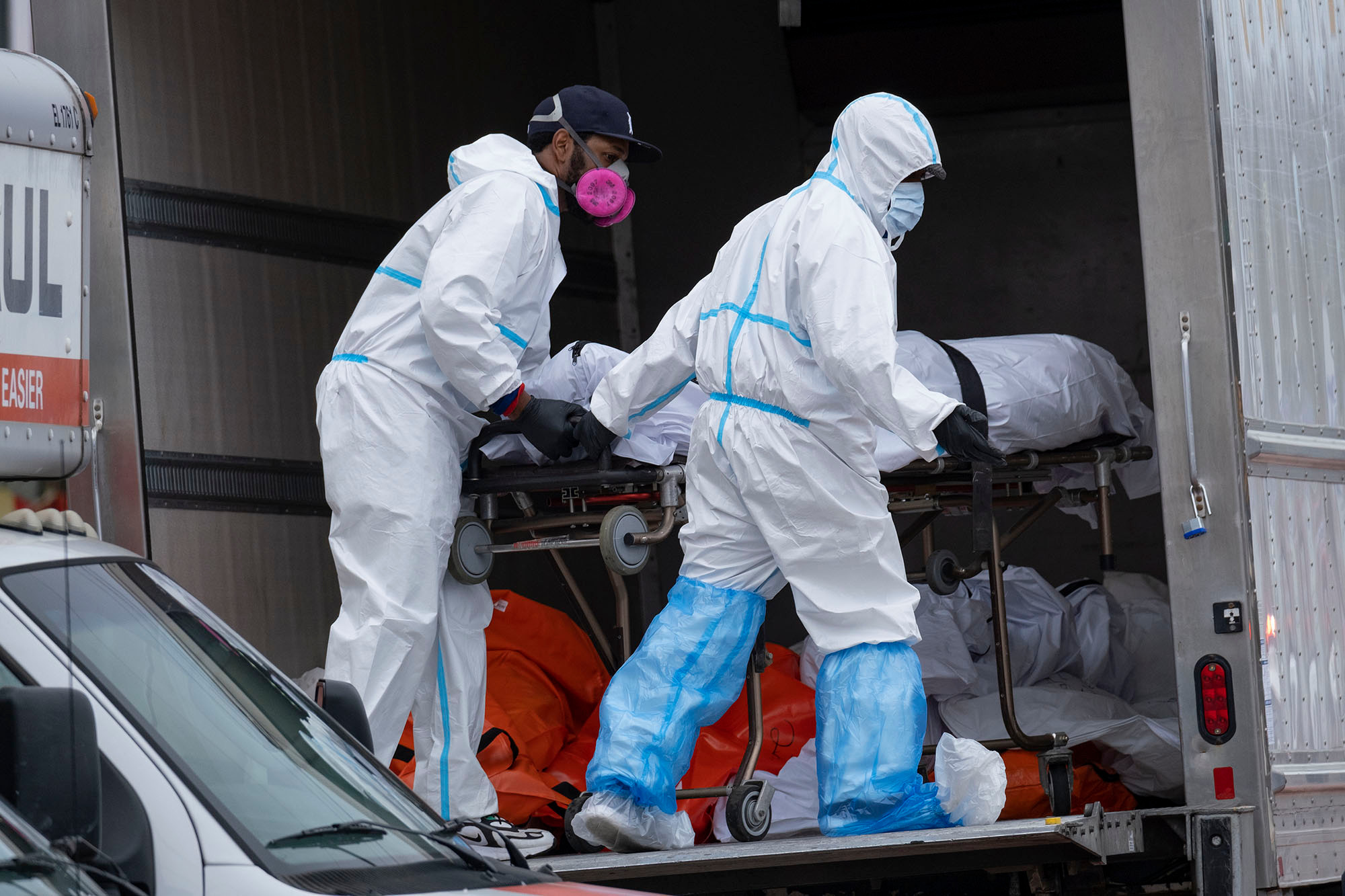 The funeral home told officers that the bodies were supposed to be going to a crematorium but its staff didn’t come to pick them up, sources told The Post.

Corpses began being stored in the trucks after the company’s freezer stopped working correctly, an anonymous official told the New York Times.

The owner of Pemco supplies, a kitchen appliance parts supplier near the funeral home, called the situation a “disaster.”

“They were storing them in U-Haul trucks; we knew what was going on but not the extent,” the owner said.

“One thing to be [killed] by the coronavirus, another to be treated inhumanly.”

Workers, some not wearing protective equipment, could be seen taking bodies from the facility into the night.

A tarp was extended from the building to shield the process as Dodge Caravan minivans backed up onto the sidewalk to receive the corpses. A gentle wind occasionally blew the tarp back to reveal the body bags as they were wheeled into the minivans on gurneys.

“You don’t see this all over the city — especially in a residential neighborhood,” one shocked cop told The Post. “Never seen anything like this.”