As it braces for a devastating jobs report Friday, the Trump administration is considering pushing the tax deadline back again and other unilateral steps. 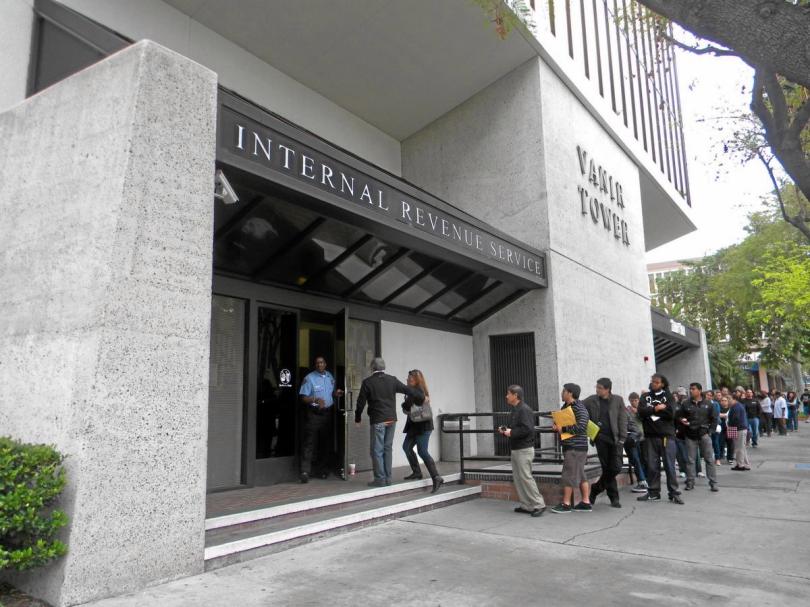 WASHINGTON — The White House is considering another delay in the deadline to file federal taxes, along with additional measures aimed at providing economic relief for Americans that can be adopted without legislation from Congress, two people familiar with the discussions said.

Tax Day has already been pushed to July 15, but it could be extended further to Sept. 15 or as late as Dec. 15, these people said, although administration officials stressed that no decision has been made.

Another proposal under consideration is a moratorium on new federal regulations, and White House officials are looking into whether the president can take executive action to protect businesses from lawsuits if employees become infected with the coronavirus while on the job. Lawmakers have discussed some liability protection, but administration officials see the issue as urgent.

The potential for new measures comes as the White House braces for a jobs report Friday that is expected to be the worst in history, with one of the president's advisers predicting an unemployment rate close to 20 percent. That's nearly six times the unemployment rate before the pandemic. The Labor Department announced Thursday that 3.2 million more Americans filed first-time claims for unemployment benefits, for a total of more than 34 million in just seven weeks.

Many of the proposals the White House is considering depend on Americans' reopening businesses and returning to work, with an administration official saying the timing of any announcements could hinge on how that unfolds. "As states begin to reopen, we need to wait and see where and what the need is," the official said.

The goal is for the measures to work in concert with the president's push to reopen the country, which officials said was hastened in recent weeks by a series of economic briefings that included dire projections through the summer and the fall if businesses continue to be shuttered and Americans remain out of work.

The projections have infuriated Trump, who just three months ago told Americans in his State of the Union address that "our economy is the best it has ever been," two of the people familiar with the briefings said.

The result was a president who started emphasizing the need for the country to reopen sooner than some of his advisers expected, officials said.

Trump reviewed some of the options to boost the economy during a "working weekend" at the presidential retreat at Camp David, Maryland, where he hosted a group of economic and outside counselors for meetings on "the reopening and economic rejuvenation" broadly.

In terms of legislation, officials said the president continues to back a payroll tax cut, despite opposition even from members of his own party, as well as spending on infrastructure, even though some of the economic advice he has gotten argues against additional spending.

Friday's jobs report will be the first since the coronavirus pandemic emerged that reflects a full month of a mothballed U.S. economy. And White House officials said they plan to own the numbers.

"We're not going to shy away from them," an official said.

Instead, officials said, the president and his advisers plan to argue that while the economic pain is deep, it can be temporary if the country reopens as quickly as possible. At the same time, they want to outline quickly a series of steps the president is taking to give Americans a road map of sorts for how the country will recover economically.

The challenge for the president, however, is for his prescriptions to quickly yield signs of economic improvement as he campaigns for re-election, some of his allies said.

"Trump is going to need an improving economy in November, or else he's going to lose," said Stephen Moore, who has advised the president from outside the White House on economic issues.

"As President Trump has said, we are going to ensure that we take care of all Americans so that we emerge from this challenge stronger and with a growing economy, which is why the White House is focused on pro-growth, middle class tax and regulatory relief," Deere said in a statement.

Part of Trump's message is to cast the second-quarter gross domestic product, which is expected to show negative growth, as an outlier and to project optimism for the third and fourth quarters of the fiscal year.

Before the pandemic, the Trump campaign planned to showcase strong financial gains as the centerpiece of the president's 2020 pitch. Without that, his political aides have had to shift the narrative to an American comeback story, as opposed to a consistently booming message of prosperity.

The president has dangled new tax cuts before without ever enacting them. He floated a "major" promise for the middle class in the 2018 midterms that never materialized. And long before the pandemic, starting in September, Trump hinted at "tax cuts 2.0," which also haven't become reality in the nine months since.

White House press secretary Kayleigh McEnany said this week that potential tax policies and economic proposals could be released this month. While there is a "pause" on relief packages until the next phase of congressional negotiations, aides acknowledge that the short-term pain for millions of Americans will be brutal.

"It's going to be very difficult in the months ahead, no question," National Economic Council Director Larry Kudlow said Sunday on CNN before projecting optimism for the third and fourth quarters while acknowledging that speedy growth may not been seen until 2021.

As part of the White House's effort to show its focus on economic momentum, Vice President Mike Pence plans to meet Friday with meat suppliers and grocery chain officials in Iowa. An administration official played down possible meat shortages, saying there may be some "inconveniences" but "nothing more dramatic than that."

Last month, when the White House first tried to pivot from the public health aspect of the crisis to the economic one, the president teased a new task force that would operate with the main coronavirus group that has been responding to the pandemic.

The announcement turned out, however, to be a lengthy list of industry heads who had been tasked with revitalizing the economy, many of whom were caught off-guard when their names were included in a Rose Garden rollout.

Apart from a series of phone calls in the following days, the CEOs and other business leaders haven't been reconvened in any formal capacity by the White House.

Separately, the White House is expected to add as many as 10 members to its coronavirus task force amid discussions about what the next phase of the panel will look like after Trump signaled that it would wind down, then reversed course to say it would continue.

CORRECTION (May 8, 2020, 1:50 a.m. ET): An earlier version of this article misstated when President Donald Trump delivered this year's State of the Union address. He delivered the address on Feb. 4, not two months ago.