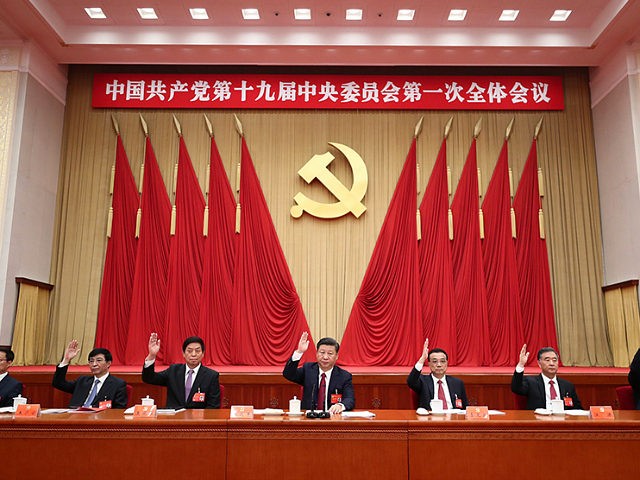 The consensus held steady along partisan lines, with 80 percent of Republicans and 71 percent of Democrats stating the belief that China is “‘somewhat’ or ‘very’ responsible for the current death toll in the U.S. from the COVID-19 pandemic.”

“Of the 12 groups and organizations listed in the survey, China is the most blamed entity among Republicans, and the fourth most among Democrats,” the survey found.

Seventy-three percent of U.S. adults surveyed also laid responsibility at the feet of “Americans who didn’t socially distance,” with Democrats outpacing Republican in the blame 84 percent to 67 percent.

Fifty-nine percent said the Trump administration bears responsibility — a finding with sharp differences along party lines, with 81 percent for Democrats and 37 percent for Republicans. Slightly over a quarter of those surveyed, 27 percent, said doctors and medical professionals bear responsibility.

While conservative leaders have urged President Trump to hold China accountable, the president said last month that his administration is conducting “serious investigations” to hold the communist country accountable for the spread of the virus.

“There are a lot of ways you can hold them accountable. We’re doing very serious investigations, as you probably know. And we are not happy with China,” Trump said.

“So we’ll let you know at the appropriate time, but we are doing serious investigations,” Trump added.